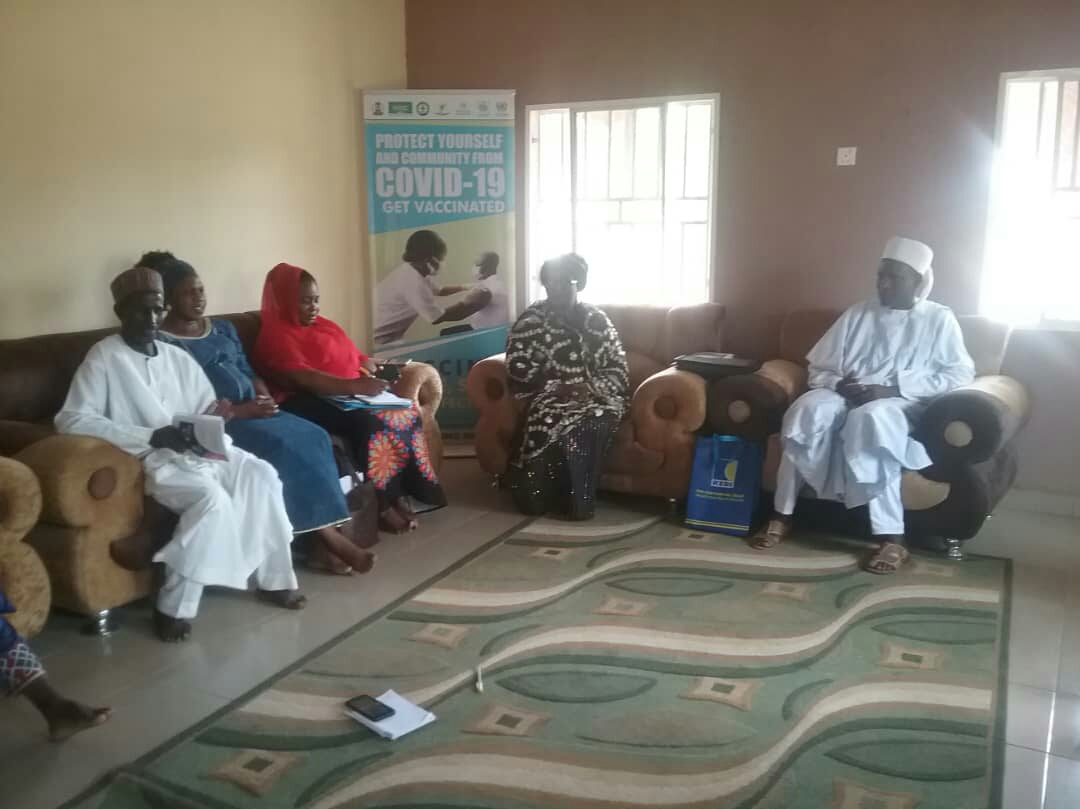 BY : AISHA SAAD
The Permanent Secretary of the Ministry of Women Affairs and Social Development Mrs. Sasol Benson Ali, and theProgramme Officer, Danish Refugee Council and their team have paid an advocacy visit to CAN secretariat to intimate them about the reviewed edition of Women Peace and Security Document.
Mrs. Ali, seek for indulgence of the leadership of CAN to continue to advocate for involvement of women in peace building and decision making because women played a vital role society.
Responding on behalf of CAN chairman, o the  secretary, Pastor. Victor Sajeh, said they are solidly in support of the document.
In the same vain, the team further paid another visit to the District Head of Jimeta, Alhaji Muhammadu Baba Demsawo, and informed him about the document.
The District Head expressed his support for the advancement of women. He added that, women’s role can not be underestimated in society.
He maintained that  recently, a woman vigilante has succeeded in capturing one of notorious Shila gang in Jimeta metropolitan. He pledged his support for engaging women in promotion of  peace.
05:57
Adamawa Daily Reports
News
Email ThisBlogThis!Share to TwitterShare to Facebook