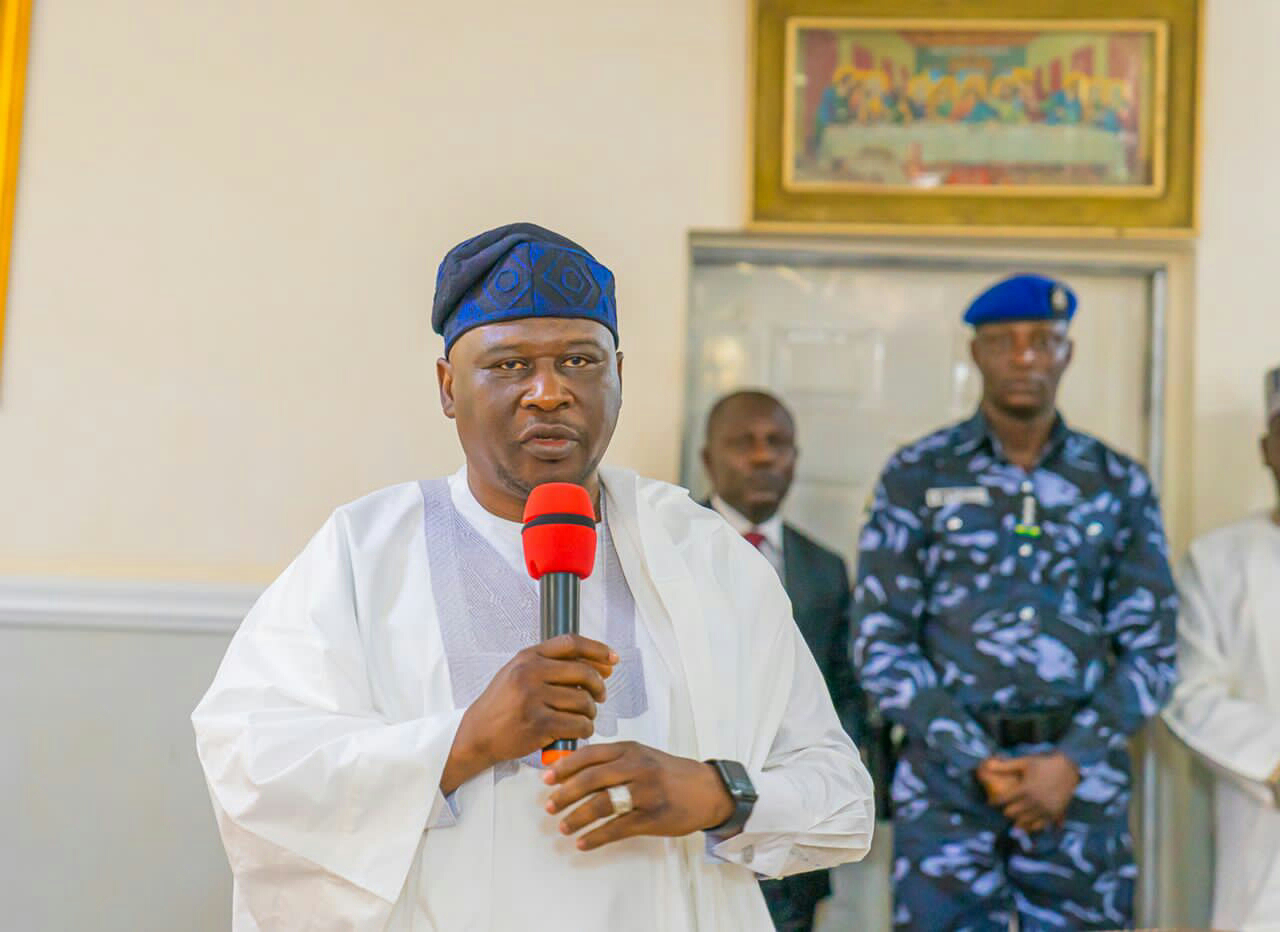 By Barnabas Augustine
18/6/2022
Governor Ahmadu Umaru Fintiri has called on Adamawa Electorates to vote for the People's Democratic Party (PDP) in the 2023 General Election and obtained permanent voter's card.
Governor Fintiri said that the state is priveledge to have its son, Alhaji Atiku Abubakar as the PDP presidential candidate; and the most credible. He said that the state cannot afford to miss the priveledge of electing Alh Atiku Abubakar as Nigeria President in the 2023 general poll. 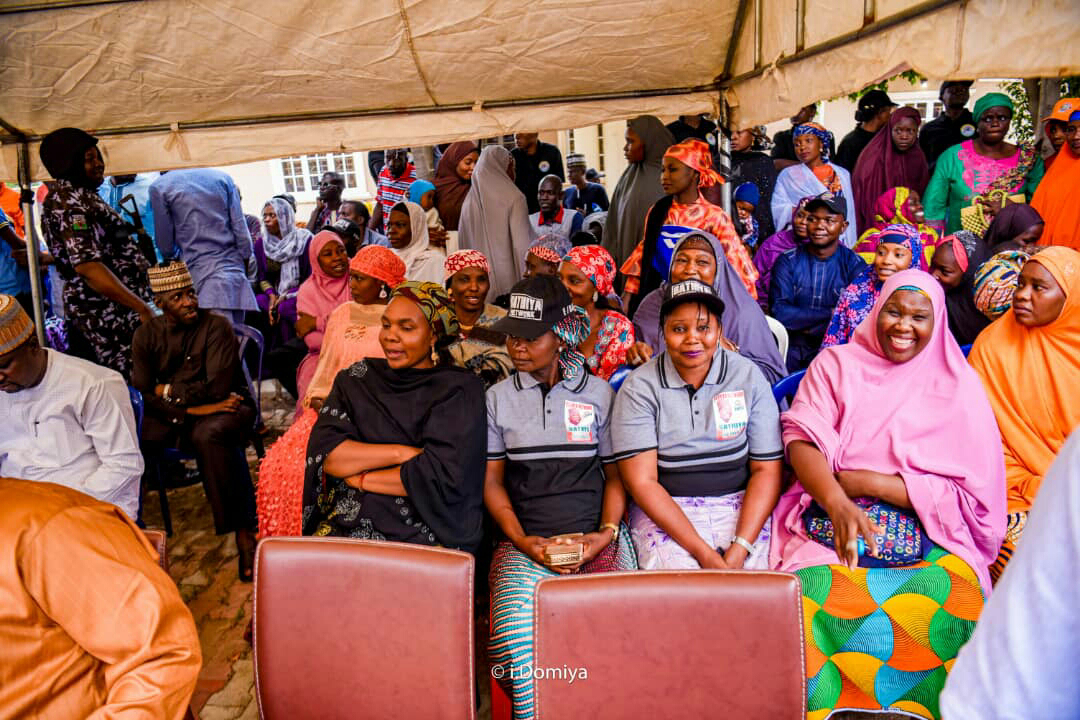 Governor Fintiri disclosed this, Saturday in a town hall meeting with Hong LGA stakeholders and youth groups in Hong town.
The Governor disclosed that the town hall meeting was organized to know the feelings of the electorates on the programmes and policies his dministration is executing and their impact on the electorates  within three years of his administration in office.
He said that after evaluating the policies, his administration will  review those that were not popular before introducing new ones, while explaining that some of the programmes that were not implemented was because of the scarce resources the state has.
The Governor who also inspected some projects executed by his administration in Hong, he explained that portable water scarcity will soon become a history in Hong as Hong township water project his administration is sponsoring will soon be commissioned.
Adding that, his Government has approved to extend the 4.4km  European quarters road to terminate at the Express way in Hong; and awarded contract for the construction of drainages to evacuate flooding water in Hong town, which has been completed.
Governor Fintiri said that when he came on board, Hong was among the LGAs that were affected by the activities of the insurgents. He said that his administration's security architecture has helped in returning normalcy in Hong LGA. He assured to improve the security in Kopri area that the insurgents are still tormenting.
He enjoined traditional rulers and the stake holders to help his government in providing necessary intelligent reports that will uncovered criminal elements in their hideouts. This he said will in taken the war to the hideout of the criminals. 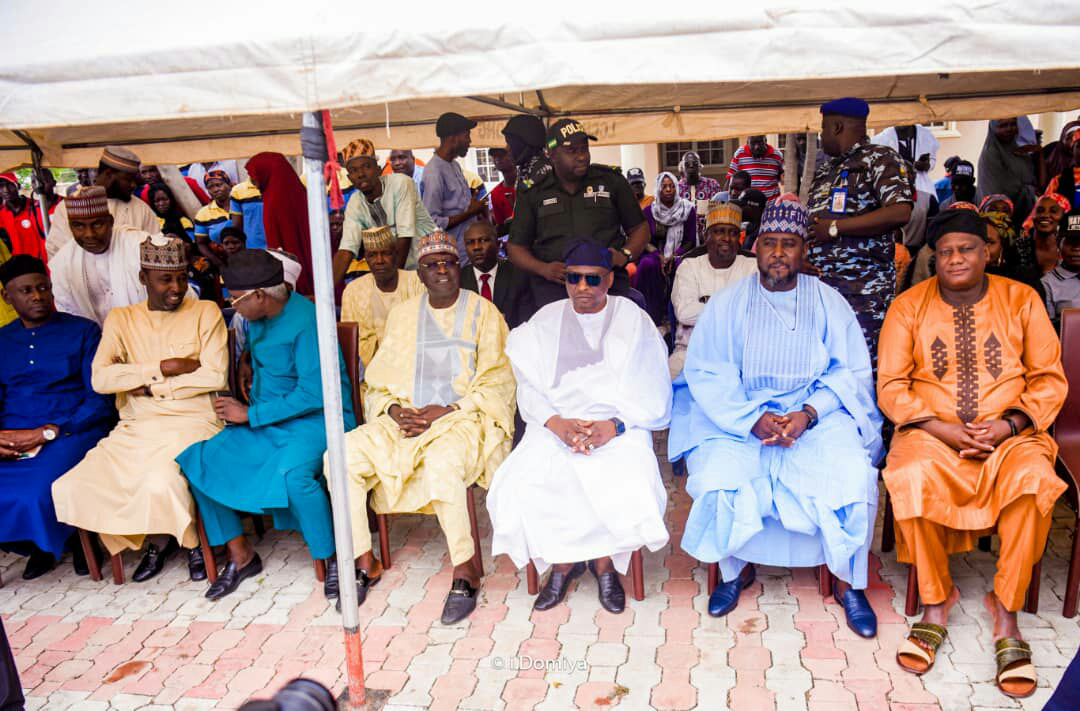 He called on the Hong elders to advise their followers on the effect of political thuggery and to obtain voter cards to enable them vote for the PDP in the 2023 elections while calling on all Hong people to vote for all PDP candidates in the next election.
Governor Fintiri tasked electorates to hold their leaders accountable saying that era of elected officers will stay in the FCT without providing dividends of democracy to their people and only return to canvas for the electorates' support during election period is over.
He assured to provide more dividends of democracy and good governance to his people. Stressing that his administration has open door policy and its ready for any critism.
While meeting with 73 youth groups in Hong, Governor Ahmadu Umaru Fintiri disclosed that his administration has introduced youth empowerment programmes and will unveil skill acquisition training to youths to enable them become self employed.
Highlighting some of the policies  his administration came with that is transforming Adamawa, Governor Fintiri said that when he came on board, Local Government Councils were grounded with several months of salary areas. He said, in consideration to the plight of the masses who rely on monthly salary to survive, makes him to offset all the salary areas and gave complete autonomy to all the LGAs.
The Governor disclosed that the 1000 Housing units his administration is constructing has reached advanced stage and out of which 600 has been alotted to civil servants.
According to Governor Fintiri, his administration has paid Senior Secondary School Certificate Examinations fees of WAEC and NECO to 145,000 public school students in the State, constructed new seven cottage hospitals, constructed over 300km rural roads across the state, constructed over 5,000 classes and upgraded all the General Hospitals in the State.
He added that his government has introduced a special health care programme tagged Fintiri Care. He explained that under the Fintiri Care there is provision for free medicals to pregnant women, children from 0 to 5 years and the elderly 60 and above.
Earlier speaking, the PDP Chairman, Hong LGA, Hon. Ibrahim Datti Assured Governor Fintiri their support following his track records in the state. And, assured to vote massively for all the PDP candidates in the 2023 General Elections.
On his part, the District Head of Hong..... thanked Governor Fintiri for uniting Hong elders while assuring his prayers to the Governor.
In their separate remarks, the CAN Chairman Hong LGA Rev Dean Harrison and Chairman Muslim Council Alh Usman Umar Shall said the inclusive governance of Governor Fintiri has united the two religion in Hong.
Speaking on behalf of the stake holders in Hong LGA, Alh Sani Isa and Dr Aliyu Idi Hong thanked Governor Fintiri for providing dividends of democracy to Hong people, saying that no government has ever touched the lives of the masses in Hong than the Governor Fintiri led administration .
Adding that for over 40 years Hong has no portable water, but Governor Fintiri has ensured the perennial water scarcity comes to an end by awarding contract for a Hong township water supply.
They called on eligible voters to obtain their permanent voter's card to vote for the PDP.
Speaking on behalf of women, Madam Christy Wilson thanked Governor Fintiri for paying of their children SSCE fee and the free education in all public primary and secondary schools in the state. She said, the free medicals to pregnant women, children and the elderly have given women sense of belonging in Governor Fintiri's administration. According to Madam Wilson, the policies has helped in taken away burdens on women.
Speaking on behalf of the various youth and pressure groups, the Secretary Joint National Association of Persons with Disabilities Hong Branch Comrade Bello Solomon Ngwamah, the Chairman Nigeria Union of Teachers Hong Branch Comrade Michael Y. Dzarma, Spokesman of Bathiya 5G Network Central Committee and all Bathiya Network Groups Comrade Fakuta Tsamari Naiwa, the Secretary NULGE Hong branch Mrs Josephine S. Manji, PDP Youth Leader in Hong LG Ikamu Hamidu, @among others assured to massively vote for all PDP candidates in next year's general polls.
They called on Governor Ahmadu Umaru Fintiri to create more job opportunities to the youths, consider welfare of LG workers and the person's living with disability.
14:26
Adamawa Daily Reports
News
Email ThisBlogThis!Share to TwitterShare to Facebook