NEWS:Bwatiye Youths Reiterated Conviction to support realization of Second term mandate of the Fintiri led Administration, in View of its Human Capital Development. 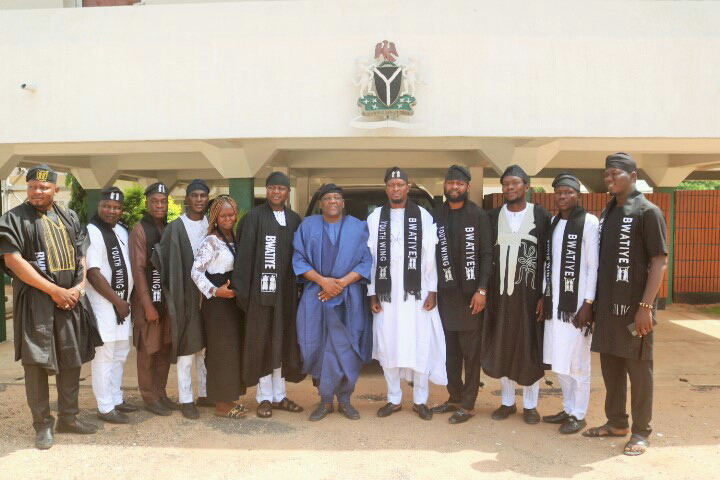 The Bwatiye Youths Development Association worldwide made this known while on a courtesy visit on the Deputy Governor, Chief Crowther Seth.
Chief Crowther Seth granted audience to the Association who were at his office Friday.
He appreciated the Association for the visit, and sued for unity, tolerance and discipline among the Bwatiye people for the needed change and development.
Chief Crowther reassured them of his commitment to support the realization of their aims and objectives which centres on advancing productivity, peace and unity amongst Bwatiye sons and daughters.
The President of the Association, Pwano Jauro said their visit is to pay homage on the deputy governor, to identify with him and also to showcase their aims as well as objectives.
Jauro explained that as an Association, they are out to promote unity, empowerment and productivity among the Bwatiye people. He had also lauded the Fintiri led administration for doing wonders in all sector, thereby, changing the narrative of the state.
While the administration continues to rewrite history in Adamawa because of its visionary leadership, Jauro equally called on all Bwatiye sons and daughters to rally round the fresh air government for true democracy dividends.
12:46
Adamawa Daily Reports
News
Email ThisBlogThis!Share to TwitterShare to Facebook