NEWS: State Government Reassures Commitment to Execution of Developmental project with Direct Bearing on the Masses. 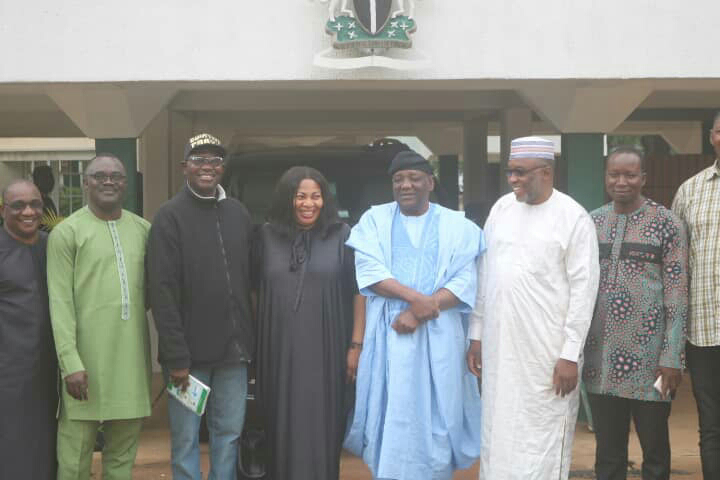 By: Yusuf Umar
The Adamawa State Government has reassured of its commitment to continue executing developmental project that will have direct bearing on the masses for growth and progress of the state.
Deputy Governor, Chief Crowther Seth gave the reassurance on behalf of Governor Ahmadu Umaru Fintiri when he received a high powered delegation from the national livestock transformation plan Abuja in his office
Recieving the officials on behalf of Governor Ahmadu Umaru Fintiri, Deputy Governor,  Chief Crowther Seth commended the state livestock transformation plan under the leadership of professor A. A. Voh. 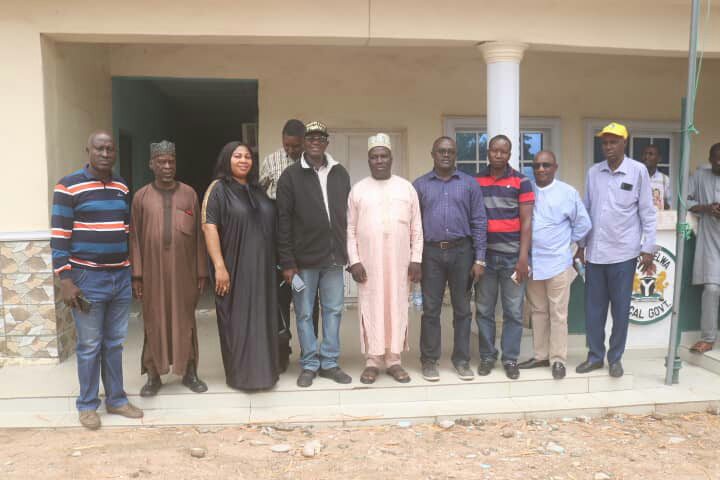 The Governor said all indices shows that Adamawa State is still lagging behind in the project, but assured the team that the fresh air Government will work towards the success of the project.
He noted that Adamawa state livestock transformation plan consist of professionals with proven track records that will enable the project succeed in the state, reassuring of his continuous support to such developmental initiative.
Speaking earlier, the leader of the delegation, Efosa Onyezebe said they were in the State to chart a course on how to achieve the aims and objectives of the project, and to confirm the existence and reality of the program in the State.
Shortly after, the team were at Gongoshi Grazing Reserve in Mayo-Belwa Local Government Area as well as the local Government Secretariat where they were received by the Local Government Vice Chairman, Nathan Danbaki .
While at the Secretariat, the Vice Chairman congratulated the state livestock transformation plan for their tremendous successes recorded in Adamawa, emphasizing that Mayo Belwa Local Government will continue to partner with the Federal and State Governments in any project that will bring peaceful coexistence among the citizens.
Also speaking, a community leader in Gongoshi Salihu Adamu among others, were overwhelmed by the visit, noting that the program is a step in the right direction.
Adamu thanked the federal government for not forgetting Mayo- Belwa community in livestock management, extending his appreciation to the state government for keying in to the program. For him, the project is  a huge success in the community and it will help not only the present generation, but also the up coming ones.
However, Efosa Onyezebe in an interview after the assessment tour, expressed satisfaction with the acceptability and progress of National livestock transformation plan in Adamawa, saying the program has come to stay in the state.
She commended the state government for its support to the realization of the project and the feats achieved so far, pointing out that the program will go a long way in the reduction of lingering crisis between farmers and herders.
On his part, the state coordinator livestock transformation plan Professor A. A Voh explained that since the inception of the program in 2019, launched by the Vice President Prof. Yemi Osinbanjo at Gongoshi Grazing Reserve, the project is yielding the desired result inline with the agenda of the federal government to secure and improve high breed livestock management and food security.
09:48
Adamawa Daily Reports
News
Email ThisBlogThis!Share to TwitterShare to Facebook