HISTORY:BRIEF HISTORY OF ADAMAWA STATE AGENCY FOR MUSEUMS AND MONUMENTS. 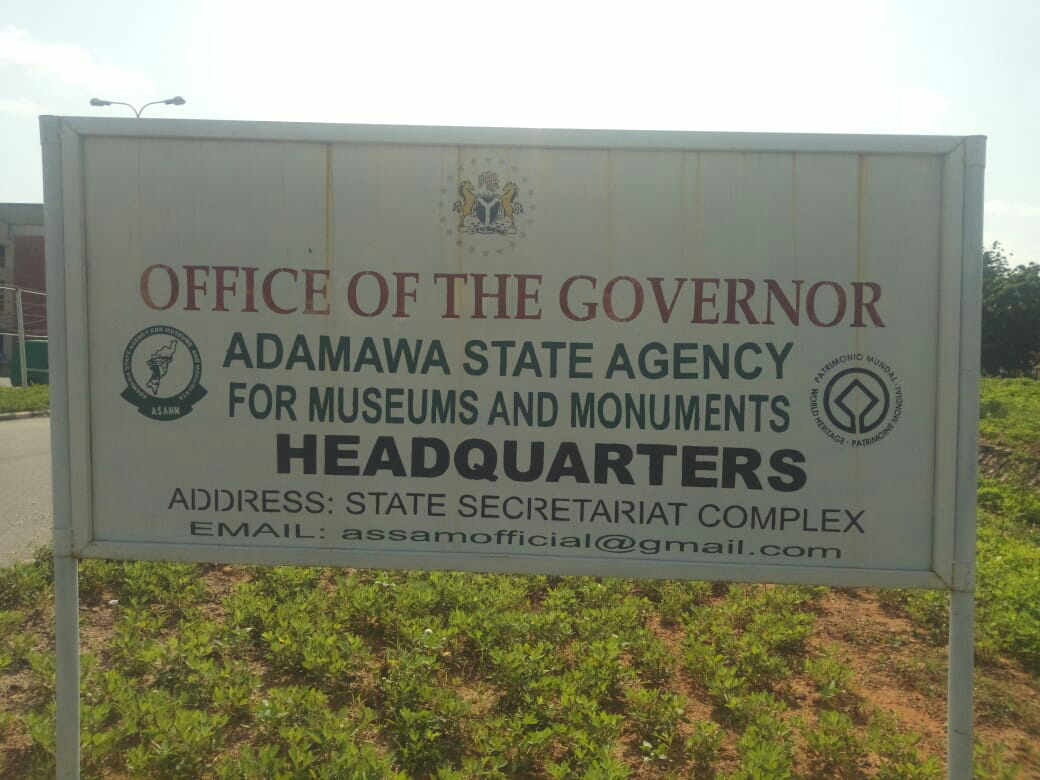 By Daniel Zamdayu
The origin of Museums in Nigeria dates back to pre-European era during which cultural materials of religious, political and social importance were fashioned, conserved and preserved in traditional shrines and palace of traditional rulers, shrines and sometimes caves. Apart from housing these materials, these institutions served as monuments in their own rights such as caves. At that time the persons responsible for care and protection of these materials were heads of household, priests of various shrines. They acted more or less like curators.
However, the origin of modern museums in Nigeria could be traced to the early 1930’s. the key actors then were K.C. Murray, J.D. Clarks, B.E. Fagg, Hurt-coole and Milbum who were Colonial Masters in Nigeria’s Education Department. In their quest to preserve antiquities, they mounted pressure on the Colonial Government to legislate against exportation of cultural artefacts as well as set up museums. This led to the inauguration of Nigerian Antiquity Service on the 28th of July, 1943 with K.C Murray as the first Director.
Adamawa State Agency for Museums and Monuments was established in 2006 by ADS Law No. 5 of 2006 and came into operation on the 23rd day of September 2006. The Agency is a body corporate with perpetual succession and a common seal, with a core mandates of discovering, documenting, preserving and management of cultural heritage as well as natural endowment and valuable history of the state.
The objectives for which the Agency was established are; to revive and reform the cultural heritage, natural endowment and valuable history of the state; to harness the cultural heritage of the state for mutual co-existence, social growth and human development; to refurbish, package and preserve our traditional heritage for the purpose of education, recreation and tourist development; and to establish modern museums and monuments with up-to-date instruments of archaeological research, museological documentation, and tourism development.
The functions of the Agency are; to set up and administer state museums, monuments and antiquities; to establish and maintain state museum and outlets for or in connection with, but not restricted only to the following , that is antiquities, science and technology, traditional warfare, Africa black and other antiquities, Arts and crafts, Architecture; National history and Education services; to make recommendations to any local government or other person or authority concerning the establishment and management of museums and preservation of antiquities and monuments, not being state museums.
The Agency is being headed by the Director General who is appointed by the Governor. The DG is the chief executive of the Agency and hold office on such terms and conditions as may be specified in his letter of appointment.
List of past DGs of ASAMM from inception till date;
Dr. Abubakar Othman
Hajiya Salamatu Bala Mohammed
Hajiya Dijatu Mohammed Abba
Alhaji Saidu Audu Gemu
Yakubu Abdullahi Yakubu
Abdulazeez Usman Duhu
Sir John Papka Kaigama
The Agency has three divisions which are; Museums and Monuments headed by Director Museums and Monuments; Research and Training headed by Director Research and Training; and Administration and Finance headed by the Director Administration and Finance.
The three divisional heads are scheduled with different responsibilities; the director Museums and Monuments is responsible to the DG for the up keep and general maintenance of Museums and Monuments under the control or management of the Agency and the collection of stock for such Museums and identify sites to be declared as Monuments.
The Director of Research and Training is responsible to the DG for coordinating research staff and research projects of the Agency; collection and publication of research material; organizing educational programs for schools (cultural dances/ workshops) and for training of technical staff of the Agency and from elsewhere.
The Director Administration and Finance is responsible to the DG for the day-to-day administration and for the finances of the Agency.
They may be appointed, seconded or posted from the state civil service such other staff as the Agency may require for the purposes of the efficient performance of the functions conferred on the Agency under or pursuant to this Law.
The Agency has a museum gallery at its head office, state secretariat complex Adamawa State and has two listed monument sites, the Elephant House located in Guyuk Local Government and the Three Sisters Rock located in Song Local Government area, which were documented, awaits formal declaration as a state monument. The agency work in collaboration with National Commission for Museums and monuments to conserve, preserve, manage and maintain the sukur world heritage site which is under the custody of the NCMM.
New sites had been discovered in Mubi South Local Government Area, Gwalema Site (Lamorde means seat of power) and the Gashiga midden archeological site. The sites are on the process of formal documentation, before declaring it as a state Monument.
05:28
Adamawa Daily Reports
history
Email ThisBlogThis!Share to TwitterShare to Facebook