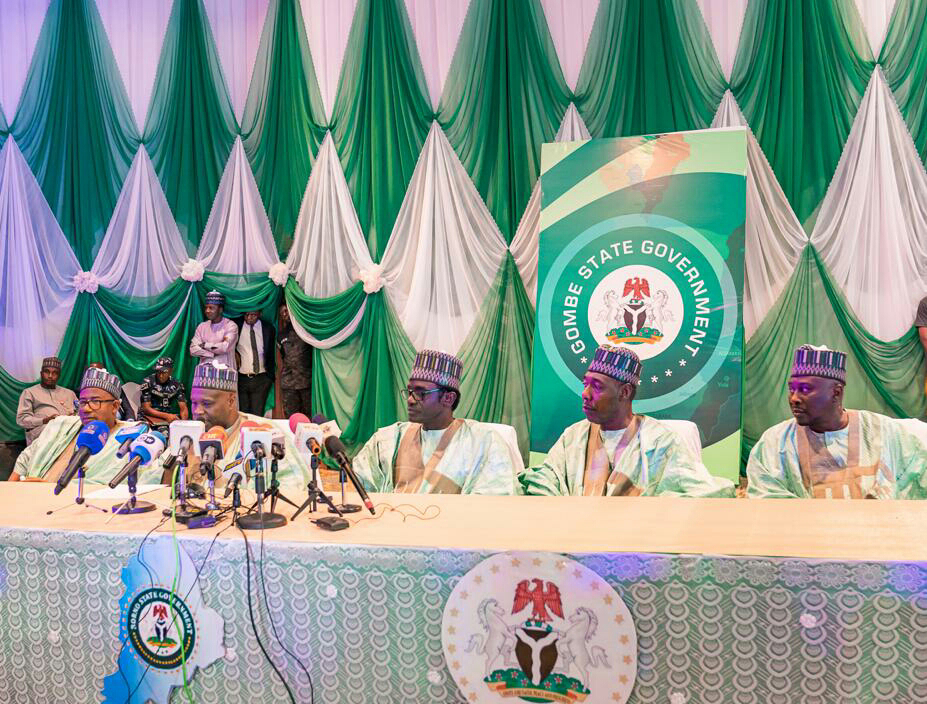 By Barnabas Augustine
16/9/2022
The Governors of the North East region of Nigeria have raised alarm over the migration of the bandits whose activities was devastating in the North West to the North East region.
The North East region have been devasted by the activities of the Boko Haram with thousands of lives of innocent Nigerians lost while millions were dislodged from their homes.
The meeting of the North East Governors' Forum which was the seventh since it began in 2020 had in attendance the Governor of Adamawa Rt. Hon. Ahmadu Umaru Fintiri, Governor of Borno Prof. Babagana Umara Zulum, Governor of Gombe Muhammadu Inuwa Yahya, Governor of Bauchi Bala Abdulkadir Mohammed and the Governor of Yobe Mai Mala Buni.
The Forum which was Chaired by its Chairman, Prof Babagana Umara Zulum who appreciated  the efforts of President Muhammadu Buhari in combating the menace of Boko Haram insurgency in the northeast sub region through the use of both kinetic and nonkinatic approach.
In the communique issued after the meeting, the Governors alarmed that the fierce onslaught against bandits in the northwest by the security, is increasing the vulnerability of the northeastern states.
The Forum disclosed this in a communique which was signed by the North East Governors' Forum Chairman, Prof. Babagana Umara Zulum and read by the Governor of Yobe State, HE Mai Mala Buni, read in part:
"The Forum, lauded President Muhammadu Buhari and the security agencies for the effort in combating the Boko Haram insurgency. It noted the improvement in the security situation in the region which had largely been achieved through kinetic and non-kinetic measures.
"The Forum, noted the relative peace being experienced in the subregion, especially the reduced incidences of Farmer-herder clashes, as encouraging. However, there is increasing vulnerability of the region to insecurity due to the mass movement of the bandits who are gradually being pushed out of the Northwest by the security forces.  On the influx of the bandits, there is an urgent need to launch a coordinated security road map in conjunction with the security agencies and the Federal Government.
"The Forum, noted the link between mining activities and insecurity especially the abuse of the mining leases.  It therefore resolved to ensure strict compliance with the provisions of the Land Use Act.
The Forum, again expressed concern on the parlous state of power supply in the north-east region, which at present receives less than 5% of national allocation of grid energy while accounting for 14% of the population and 30% of landmass. While noting the direct correlation between energy security and high level of poverty and our GDP status, it called on the Federal Government to introduce innovative strategies by investing in the production of comparatively cheaper hydropower and renewable energy.
"Related to this, the Federal Government is called upon to accelerate the execution of the Mambila hydroelectricity project.
"The Forum, noted the need to harness the vast untapped resources of the subregion by fostering integration in commerce as well as holding trade fairs with a view to attracting foreign investments. Forum therefore, urged the North-east Council of Chambers of Commerce to revive the Northeast Joint Trade Fair and commodity markets to stimulate economic activities.
"The Forum thanked the Federal Government for establishing the University of Health Sciences, in Azare to address the huge manpower deficit in the health sector and pledged to support the University to deliver on its mandate.
"The Forum, expressed grave concern about the devastating effect of flooding which is destroying homes and livelihood including road infrastructures. The Forum therefore calls on the Federal Government to as a matter of urgency direct its relevant agencies to immediately deploy all necessary interventions to ameliorate the situation in the affected areas.
"The Forum appreciates the Government and People of Gombe State for hosting the meeting. It resolved to hold the 8th Meeting in Maiduguri, Borno State on Friday, 25th November, 2022".
00:48
Adamawa Daily Reports
News
Email ThisBlogThis!Share to TwitterShare to Facebook