NEWS:Remains of Veteran Broadcaster Late Chief Timawus Mathias Has Been Laid to Rest. 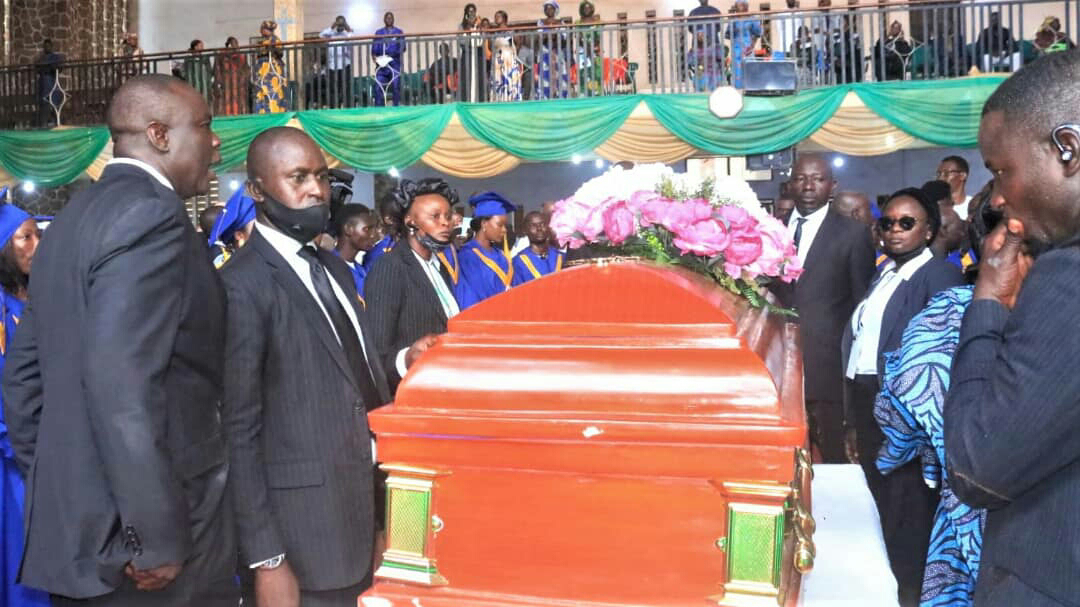 By: Yusuf Umar
The Remains of Veteran Broadcaster  Late Chief Timawus Mathias has been laid  to rest at his family compound in Numan.
Governor Aumadu Umaru Fintiri has described late Chief Timawus Mathias as a tolerant professional whose emense contributions for the development of the media industry, Adamawa and the country at large will be greatly missed.
The Governor stated this at the funeral service of the deceased held at the LCCN Cathedral Numan local government of Adamawa state. 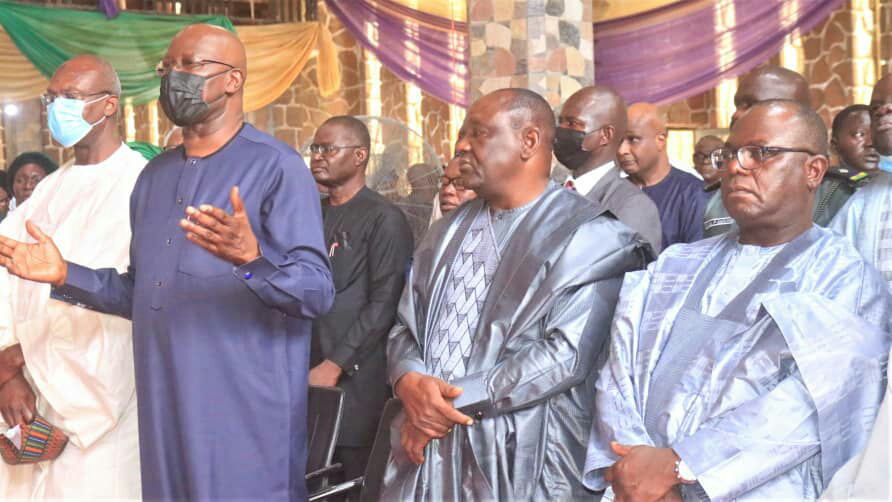 Governor Aumadu Umaru Fintiri represented by his Chief of Staff Professor Maxwell Giddado said Chief Timawus Mathias was a pace setter whose service to God and humanity can not be quantified, encouraging those he left behind to build on his legacies.
He emphasized that Late Mathias has contributed to the Peace and Unity of the Country, stressing that he has left an indelible mark that will forever be cherished.
While commiserating with the bereaved family, the Bachama Kingdom, Numan federation, Adamawa and the Country at large, the governor stressed the need for the bereaved to summon courage and bear such a great loss.
Also speaking the Secretary to the Government of the Federation Barrister Boss Gida Mustapha eulogized late chief Timawus Mathias, noting that he has lived a legacy that can never be forgotten.
Boss Mustapha who described Late Timawus as a fallen iroko tree in the media industry and beyond stressed that he has lived an impactful life.
There were other Condolence messages from prominent personalities, Captains of Industries, Royal Highnesses, Religious leaders, and Organisations among others.
In a message, the Bishop of the Upper Room Cathedral Bishop Peter Makanto who described death as inevitable admonished Christians to live a Holy life.
The Clergyman also advised the congregation to exhibit the spirit of love and forgiveness as enshrined in the scriptures.
Born on 5th December, 1948, Chief Timawus Mathias passed away on the Ninth of September twenty twenty Two at the Modibbo Adama Teaching Hospital Yola after a protracted illness at the age of 74.
Among the Mourners were the Deputy Governor of Adamawa State Chief Crowther Seth, Founder DAAR communication Chief Raymond Dokpesi, members of the state executive council and the legislators among others.
Late Chief Timawus Mathias was buried in his family compound in Numan.
01:48
Adamawa Daily Reports
News
Email ThisBlogThis!Share to TwitterShare to Facebook