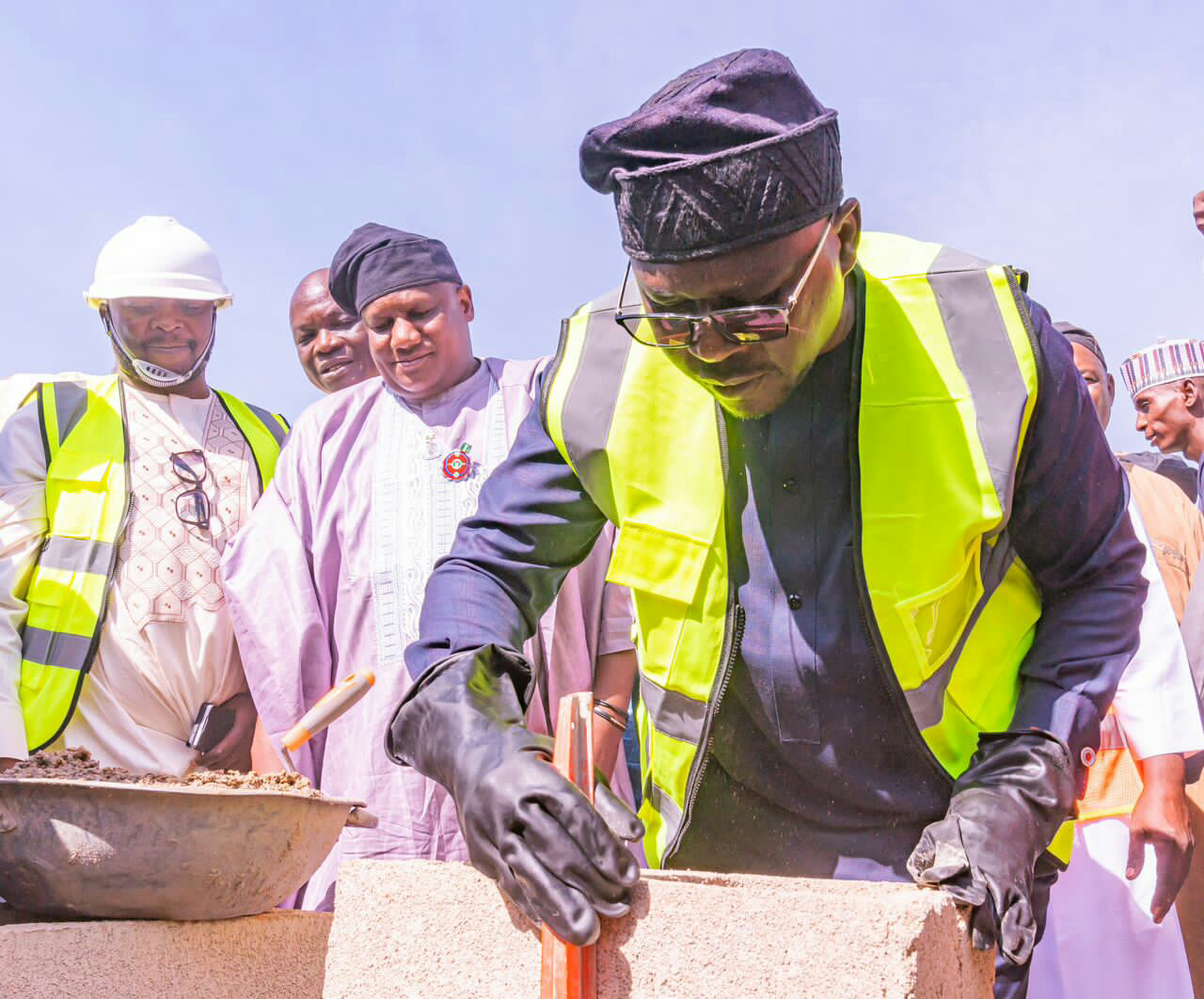 By Barnabas Augustine
13/12/2022
Governor Ahmadu Umaru Fintiri has flagged off construction of what if completed will be the biggest and most modern cattle market in Africa.
Performing the ground breaking ceremony at Bula Dega community in Mubi South LGA, Governor Fintiri disclosed that the market and the facilities would have Auction Grounds, Health Facilities in terms of Veterinary Clinic, Human Clinic/Dispensary, Hotel, Offices, Water and Power Infrastructure. Others are Drainages, Waste Disposal, Parking, Loading and Off-loading Bay among many other Utilities to make up for the General Commercial Interest, support Livelihood in Mubi General Area in particular and the State in General.
According to Governor Fintiri, when the Mubi International Cattle Market is completed, it is expected that the project would promote economic development, generate high income, drive revenue generation and provide extensive animal and other bovine products commercial outlay for the people and government of Adamawa State and by extension save Foreign Exchange for the Country.
He stressed that the project at the end will be the Biggest and Most Modern in Africa, which will serve as Hub of Animal Commerce for the North East Region and the adjoining Countries of Cameroon Republic, Chad and Niger Republic, thereby enhancing foreign and local interaction and integration.
Governor Fintiri added that the Market will serve as Local, National and International Hub for Cattle and other Livestock trading and Commercial Centre.
In their separate goodwill messages the Chairman Mubi South LG, Hamidu Adamu Jingi and Member Representing Mubi South in the Adamawa State House of Assembly Hon. Musa Bororo thanked Governor Fintiri for executing laudable projects in Mubi South, they assured to support Governor Fintiri led administration.
The Chairman Joint Association of Cattle Breeders in Mubi, Alh Usman Dan Mai Nagge and the Chairman Pulaku Jonde Jam ,Ardo Muktar Adamu said that their various Associations are ready to support the Government in it's effort to build the international cattle market which will be beneficial to their members. They thanked Governor Fintiri for bringing to an end harders -farmers crisis in the state which was a lingering crisis that engulf amny lives and destroyed properties.
On his part, the Chairman Shuwa-Shuwa Cattle marketers, Shuwa Sharifdeen who was hopeful of the PDP led administration in the State canvas support for all PDP candidates in the forth coming general elections. He said that PDP is the only political party that will bring to and end the suffering if the Masses.
On behalf of the host community Bula Dega, the Dan Amar Mubi, District Head of Gude, Alh Sali Bello thanked Governor Fintiri for having foresight to construct international cattle market in his jurisdiction. He described the project as great and developmental that will improve the economic of the people.
11:36
Adamawa Daily Reports
news update
Email ThisBlogThis!Share to TwitterShare to Facebook