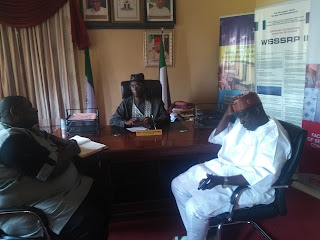 The International Rescue Committee IRC's Field Coordinator Adamawa State, Golfa Timothy as well as the Governance Coordinator, Aminu Sarkinrima were at the State Ministry of Water Resources Wednesday morning in order to propose a project which they referred  to as  " Community Based Antispatory Action."

Sarkinrima said IRC as an Organisation has come up with a project which of course cannot be realised without the consent or collaboration with the major stakeholder which is the State Ministry of Water Resources and other relevant MDAs or Agencies in the State. He explained that the purpose of the visit is to introduce the project and to explain how it works. 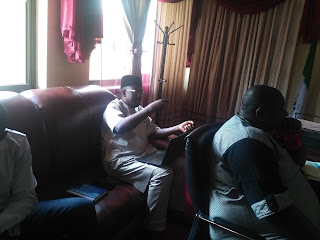 He said that the project is Community Based and it's has a connection with the climate change because it's focusing on the issue of flooding in the State adding that the project has a two year tenure."Our target is Yola north and Yola South because they are the two urban settlement that are prone to flood ... It is a community based deriven project" Sarkinrima explained.  He said that the purpose of the project is to intervene in the issue of flooding at the urban areas of the State. 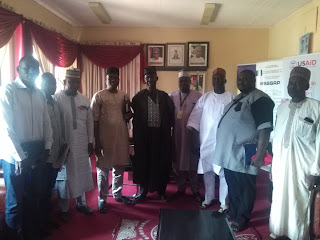 However, the Permanent Secretary of the State Ministry of Water Resources, Engr. Michael Medugu in a remark advised that the organisation should also consider reintroducing the environmental sanitation in the State capital adding that they can lias with the State House of Assembly to achieve that. On the other hand he said that the State Urban Planning is also a key Stakeholder in the project as their target is the urban areas.

In his response, the Honourable Commissioner for Water Resources, Hon. Hassan Kaigama said, they should consider the tenure of the project because he is seeing a big project with  a short time frame by so doing, other LGAs that suffered flooding last year could benefit from the project. He wished that the attention of IRC could be extended to other areas such as Demsa, Shelleng, Numan, Madagali and the rest of them because the State Government is already working on the two selected LGAs.  " About 10 LGAs suffered flooding last year " says Hon. Kaigama.  He welcomed them and assured them of the Ministry's support. " We have trained staff and some Agencies working directly with the Ministry " he concluded.