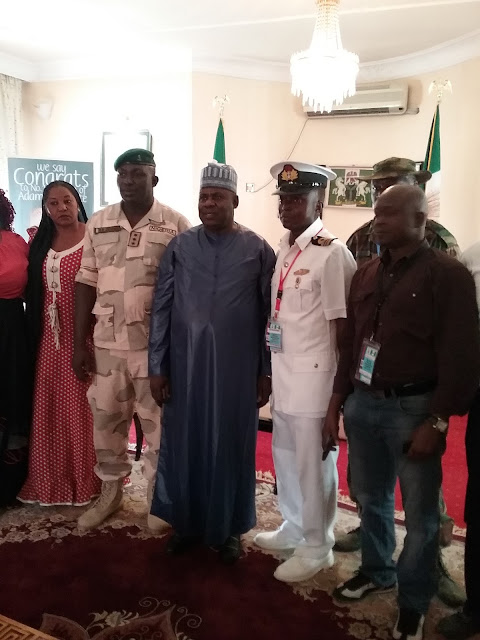 damawa State Deputy Governor Engr. Martins Nasir  Babale has given Kudos to the Nigerian Army in its quest to fight insurgents.

The Deputy Governor stated this Wednesday when he received a team of Nigerian Military Pension Board who were in the State for Military Pension Verification Exercise. He further said that the state government would not relent in its efforts of supporting Security Agents in the fight against insurgents, stressing that only peaceful atmosphere can guarantee development.

Earlier in his remark, leader of the team Lieutenant Commandant Owen Izilien said the exercise has received massive support from the pensioners.

While appreciating the state government for it support, Lieutenant Commandant Izilien promised to do justice in its report.