NEWS ANALYSIS: SENATE SCREENING: AMAECHI HAS SHOWED WHY HE DESERVES TO BE A MINISTER 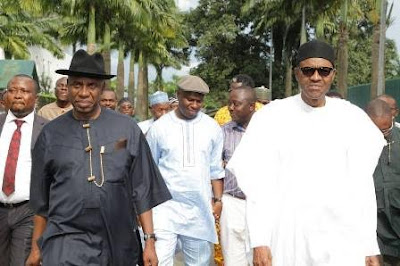 
By his sparkling performance during his screening by the Senate on Thursday afternoon, immediate past Governor of Rivers State, Rt. Hon. Chibuike Rotimi Amaechi, has left no one in doubt of how eminently qualified he is to become a Minister, the Rivers State Chapter of the All Progressives Congress (APC) has said.


“We are full of pride and wish to heartily congratulate our leader, Rt. Hon. Amaechi, for the excellent way he acquitted himself when he finally appeared before the upper chamber this afternoon for screening as a ministerial nominee. It can only take a Lion of Niger Delta Politcs to conduct and compact yourself for the excellent way you did. Amaechi showed dignified composure and a deep understanding of the dynamics of government. With the star performance of Rt. Hon. Amaechi during the screening, a new star in our national politics is born. We look forward to his confirmation in the days ahead and have no doubts at all in our mind that he will make an excellent Minister of the Federal Republic of Nigeria,” Rivers APC said a statement signed by the Chairman, Dr. Davies Ibiamu Ikanya, and issued in the state capital, Port Harcourt. 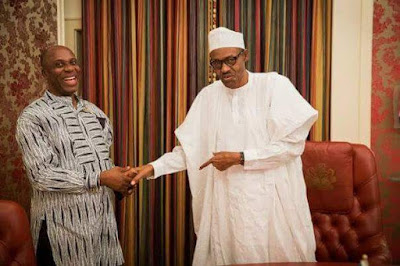 The party added: “Today, 22nd October, 2015, will remain evergreen in the history of democracy in our dear country and particularly to Rivers State and her people because it is a day on which the efforts of the misguided impostor, Chief Nyesom Wike, to deny Rivers State a slot in the Federal Executive Council fell like a pack of cards. We remain indebted to the Senate for refusing to be intimidated by Wike and his gang of mischievous politicians. We also wish to convey our gratitude to President Muhammadu Buhari for sticking with Amaechi, having seen his sterling qualities and the hollowness of the allegations against him by Wike and his co-conspirators.” 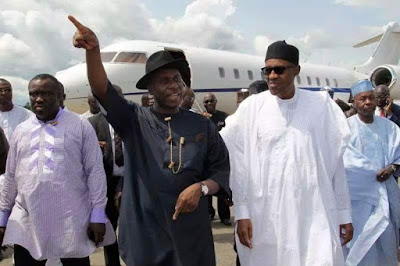 Rivers APC drew a parallel between the Amaechi-Wike drama and the account in the Bible book of Esther Chapter Seven. According to the party, “In this great book, Haman (Wike) conspired not only against Modecai (Amaechi) but the entire Jewish people (Rivers State) because of his greed and hatred for a man who saved the King (for installing President Buhari) whom he never wanted the King (Buhari) to appreciate. He Haman (Wike) told a lot of lies through NTA and AIT in order to hang Modecai (Amaechi) through the illegal judicial panel he set up to try Amaechi but he Haman ended up in the gallows he prepared for Mordecai. In Wike’s case, he will eventually end up in the EFCC’s net after failing woefully to defend his corrupt practices when he held sway as Minister of Education under the discredited Goodluck Jonathan administration.”