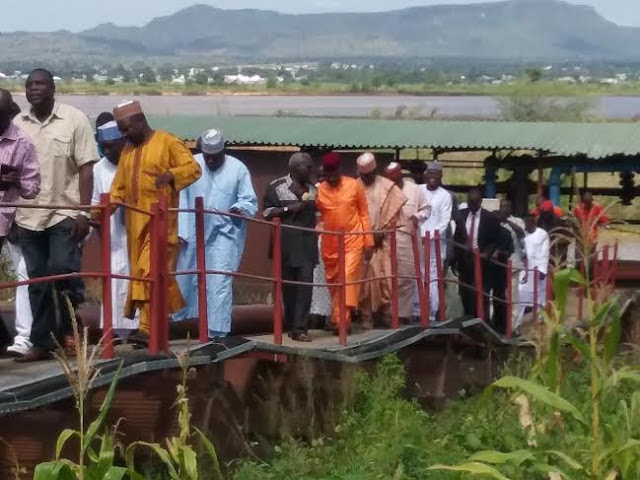 By Yunusa Abdullahi
In a bid to provide portable drinking water to the people of  Adamawa state,  Governor Muhammed Umar Jibrilla  has inspected  Jimeta  water treatment  plant on Saturday 10th October, 2015 inorder to ascertain exactly  the problems of the  treatment  plant with a view ascertaining how his government would  intervene by finding a lasting solution to providing portable  drinking water  to the  people of the state capital.

The Governor was conducted round the  plant by General Manager of the state Water Board Engineer. Isa Yerima and other officials of the Board  who informed the Governor  that the  plant  was designed  to produce about  Twenty-eight  Million cubic litres of water  per day to carter for about Fifty Thousand inhabitants of Jimeta metropolist. 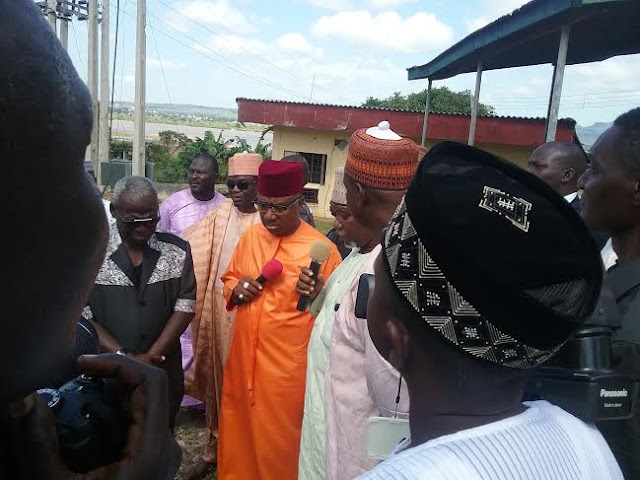 The GM decried situation where the present  population of Jimeta area has increased by  about  Two Hundred and fifty  thousand people without a corresponding inprovement on the facilities available to the treatment plant which he described  as the cause of under supply by the Board so far.

Governor Muhammed Umar Jibrilla  was accompanied on the visit  by Members of  the State Executive Council  and other top government  functionaries.
03:41
Adamawa Daily Reports
News
Email ThisBlogThis!Share to TwitterShare to Facebook