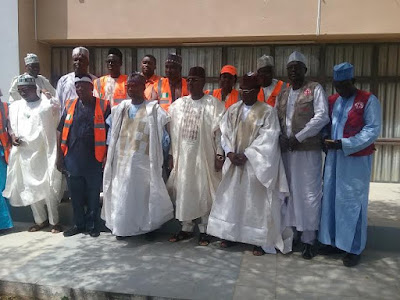 About Thirty  Thousand people were displaced  by this year's  flood across Adamawa state. The Director - General of  National Emergency  Management  Agency (NEMA) Alhaji  Sani  Sidi  disclosed this when paid a courtesy  call on Governor Muhammed Umar Jibrilla at Government House Yola  recently.
The Director - General of  NEMA  said that he was  at Government House to  commiserate  governor Muhammed Umar Jibrilla  and people of Adamawa state  over the unfortunate flood  disaster that affected over Fifteen Local government  areas  of the state as a result Three Lives were lost during the flood  disaster. 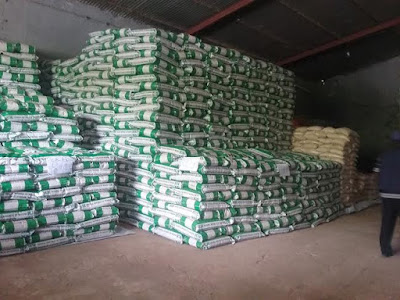 He also told the Governor that  NEMA has delivered relief  materials worth  millions of  Naira as directed by President  Muhammadu Buhari for on ward distribution to the victims of the flood in the affected areas.
Alhaji Sani Sidi however commended Governor Muhammed Umar Jibrilla for  taken proactive measures  in averting  the situation at the flood disaster zone. He also commended the Governor for the support giving to the Adamawa state  Emergency  Management  Agency  ( ADSEMA) during emergency period as well as  addressing  the problems with  regards to the  IDPS in various Camps across the  state. 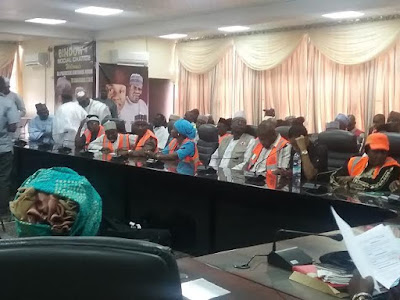 In his remarks, Governor Muhammed Umar Jibrilla  thanked the Director - General of NEMA  for the support and  assistance to the Internally Displaced persons by  flood disaster across Adamawa state.
Governor Muhammed Umar Jibrilla pointed out that his Administration  has taken a long term strategy of addressing the need to dredge the River Benue in order to  control flood in some parts of the state, assuring that government will  continue to partner with NEMA in carrying out its activities in Adamawa state.
The Director - General  and  his entourage  later presented the relief  materials  to the Governor.
22:56
Adamawa Daily Reports
News
Email ThisBlogThis!Share to TwitterShare to Facebook