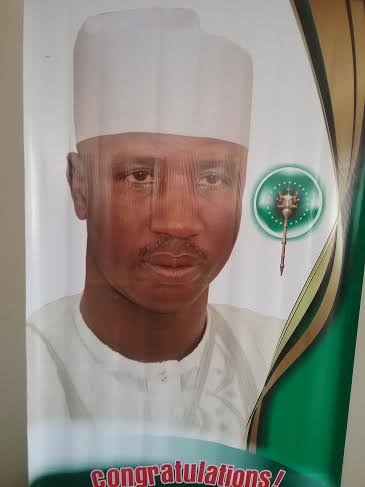 The speaker, Adamawa State House of assembly Alhaji Kabiru Mijinyawa has described the perpetrators  of last Fridays bombast at a Jambutu Mosque as an act of cowardice. Alhaji Mijinyawa has stated this at the Federal Medial Centre, Yola,  when he led members of the House of Assembly and some Members of the Jigawa State House of Assembly to commensurate  with the victims of the bomb blast on Monday the 26th of October, 2015.

The Speaker called on the people to be more security concious  by reporting people of questionable character or strange objects to security agencies. The Speaker suggested  for the reintroduction of community policing to help curb criminal activities. Alhaji kabiru Mijinyawa commended the state and Federal governments for their efforts at tackling insurgency. He also saluted the caurage and resilience of security agencies in the war against terror.

The Speaker was also at the yola specialist hospital to see other victims. He was received on arrival by the Chief Medical Director of the hospital, Doctor Bala Said.  In both places visited, the speaker made cash donations to the victims of the blast.
09:20
Adamawa Daily Reports
News
Email ThisBlogThis!Share to TwitterShare to Facebook