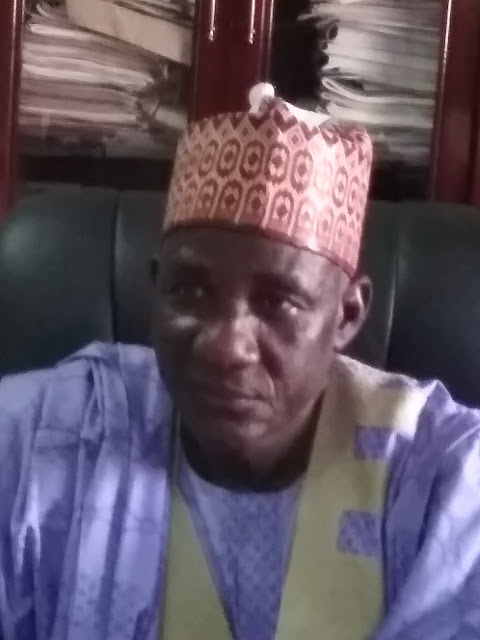 By Catherine Philip Jelani
Since I was a child, Mathematics and Science related subjects were no go area for me. I never enjoyed any Maths lessons. It was so confusing and frustrating must especially when I am task will the challenge of finding x or making it the subject formula. The maths teacher tends to make things more difficult by being too mean.
It is how ever interesting to know that Adamawa State Universal Basic Education Board Under the administration of Governor Mohammad Umar Jibirilla has introduced an easier method of teaching and learning mathematics and science subject for primary school Pupils as well as Junior Secondary Schools.

This was however, revealed on the 10 day training workshop organized by SUBEB, UBE, and FMoE on 24th of August at Demsawo Government Junior Secondary School here in Jimeta. I am in total support of the Director of Quality Assistance Alhaji Saidu Komsiri when he said that, both teachers and pupils are the beneficiaries of the programme.
A representative of the Federal Ministry of Education FMoE revealed that Nigerian Government have signed a contract with Republic of Japan in order to effect the method of teaching Mathematics and Science related subjects in
Order to cope with the challenges faced by Pupils in their class rooms.

This means that there is hope for children with similar challenge as mine. Japan is one of the most developed countries in the world and It has achieved a better and simplified means of learning maths and science related subjects.
The National Inset Coordinator of STRENGHTHENING MATHEMATICS AND SCIENCE EDUCATION SMASE DR Bello Ahmed said that, the benefit of the training is going to meet the children in their classrooms. He said that UBEC will not accept any action plan from SUBEBS without including SMASE and ASEI. ASEI simply means Activity - Based Student -Centered Experiment and improvisation.  By using ASEI teaching method, teachers make use of things or objects that are already know or are familiar with to teach.

For instance, if you want to teach a Pupil about speed in basic science do not just depend on the content of text book alone but let the pupil know that he/she has seen speed before coming to school. It could be the speed of a moving car or the speed he might have used to trake to school. This however is a serious task on the teachers.
The Government has done its part by organizing and training
Teachers on how to prepare ASEI lesson plans and how to
evaluate pupils. On the other hand, the pupils too need to key into the welcome development in order to kill the Monster “fear” or “phobia” for maths.
Therefore, it is now a task on every primary pupil as well as the Junior Secondary students to ensure that this new method of teaching maths and science subject will not pass through them but, them passing through it. Who knows? I might have been a mathematician or a scientist but because of the Fear and phobia I had for maths and science, I am now a journalist this is not a regret but I wish that I was given the chance and opportunity to learn maths and science subjects in the modern method l now witnessed during the Workshop organic by UBEC, ADSUBEB and FMoE on Strengthening Mathematics and Science Education SMASE.
10:03
Adamawa Daily Reports
Opinion
Email ThisBlogThis!Share to TwitterShare to Facebook