NEWS: ICD to present certificate of attendant to Katsina governor 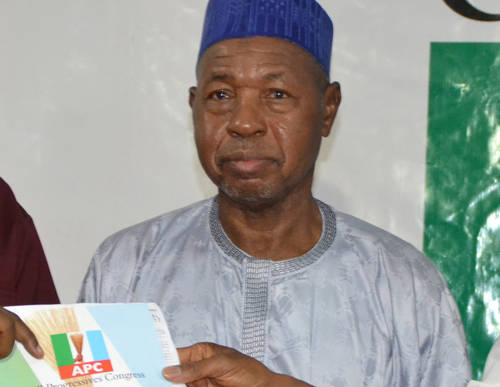 The Institute for Cultural Diplomacy (ICD) is to present certificate of attendance to Gov. Aminu Masari  of Katsina for participating in its last International Symposium on Cultural Diplomacy at the UN.
This is contained in a statement signed on Sunday by Mr Dickson Omoregie, Country Director of the ICD and made available to our correspondent in Yola.

The statement said that Katsina delegation were part of the 70th Regular Session of the UN General Assembly (UNGA 70) held at UN Headquarters in New York in September 2015. It added that the delegates attended the International Symposium on Global Human Rights and World Peace. The statement said that the certificate to be issued was in recognition of the Governor’s efforts in keying into the global peace initiative.

It also recognized the state for Participating as support for President Muhammadu Buhari of the Federal Republic of Nigeria. According to the statement, Katsina state’s attendance has represented Nigeria as the only official state during the summit and its contribution to Global peace talk in New York, USA. ``We are therefore, pleased to inform you that the Certificate of Attendance of the delegates from Katsina state to the International Symposium on Cultural Diplomacy at the UN is ready.

The ICD delegation present the Certificate of Participation before a National and an International audience in Katsina as an Honour to the Executive Governor for this initiative. It will be recalled that ICD is an International non-profit, Non-Governmental Organization, founded in 1999 with headquarters in Berlin, Germany and the U.S.A. Its ultimate goal is to promote global peace and stability, by strengthening and supporting intercultural relations at all levels.
23:23
Adamawa Daily Reports
Email ThisBlogThis!Share to TwitterShare to Facebook