NEWS:New UNICEF Executive Meets with the State Ministry of Education. 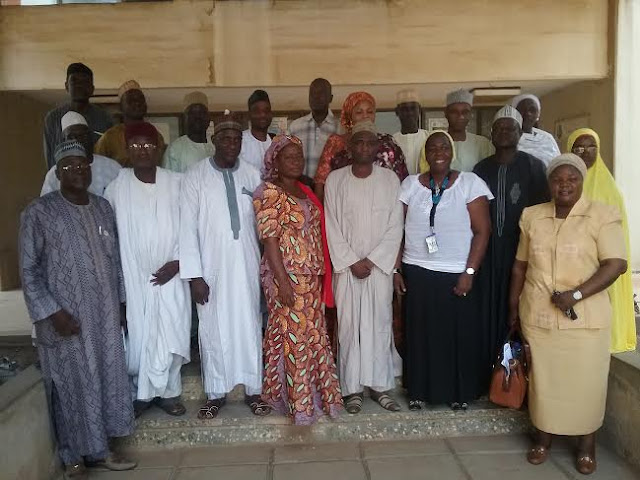 The Commissioner who is also the Chair appreciated UNICEF for the Psychosocial supports they have rendered to the Internally Displaced Persons IDPs in the state and had promised to encapsulate UNICEF activities into the State Budget as well as brief His Excellency the Executive Governor of the State Sen. Mohammad Umaru Jibrilla on the outcome of the meeting and the enrollment drives meant for the state by UNICEF.

Mrs. Madziga who is also a Development Consultant, said she is in the state to Co-Chair, assist and assess the activities of UNICEF which includes; Safe Schools Initiative (SSI) and Education in Emergency working group (EIE) in the state. she explained her Terms of Reference (TOR) from UNICEF,stating that the EIE shall if well panned avert the current challenges of housing IDP's in schools instead of camps. She emphasized the need to coordinate, plan and implement Crisis Respond Strategies to ensure children's continues access to quality education no matter the situation.

In another development, Dr. Chester Shaba the out going Programme Manager of SSI whose tenure will end by February 2016 introduced his successor Mr. Shako Mohammed to the SSI stakeholders.

Dr. Farauta had also engaged in a bilateral discussion with a German delegation that were in the State to proffer assistant to schools affected by the insurgency. 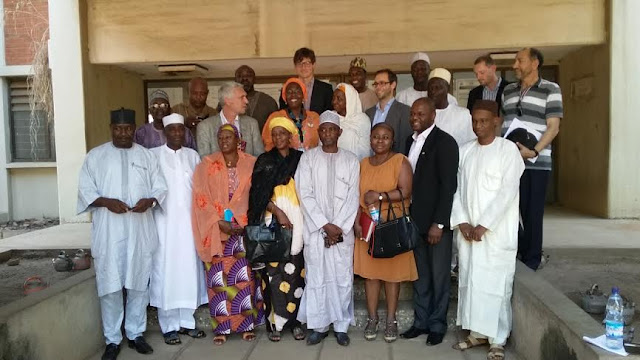 In his remarks, the Permanent Secretary Alhaji Bashir D. Tukur applauded UNICEF for designating a consultant for the State, He also lamented on some of the challenges hindering  UNICEF sponsored programmes in the state, he said at least, three hundred and fifty Schools (350) are targeted on the enrollment drive, he was however  the Hub of discussion.

Mrs Madziga on the other hand, promised to look into the issues raised by the Permanent Secretary adding that she will called on other sister agencies, NGOs and stake holders should synergies to enjoy the benefits of coordinated working group, to avoid duplication, waste of resources and abide with international best practices.

Some stake holders who grace the meeting were the representatives of the North-East Regional Initiative NERI, Adamawa State Emergency Management Agency ADSEMA, Institutions of Higher Learning, Ministries of Health, and Women Affairs, Permanent Secretary ASCEMA Alh. Haruna Furu among others.