Home » News » NEWS: Am Satisfied with the Work Done so Far- Governor Bindow

NEWS: Am Satisfied with the Work Done so Far- Governor Bindow 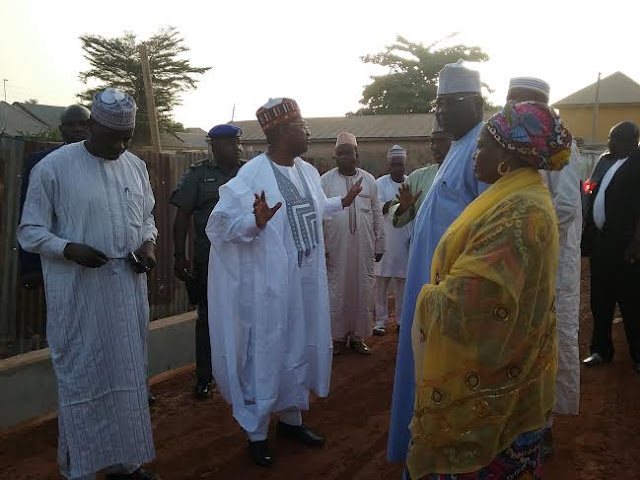 By: Yunusa Abdullahi
Governor Muhammed Umar Jibrilla has expressed satisfaction with the level of work done across the state capital.
The Governor stated this when he inspected the progress of work at Jambutu ward and other roads being constructed by the present administration.
Governor Jibrilla also revealed that the  purpose of the  inspection  Visit  was to acquaint  himself  on the level of  work done on the project  and commended  the construction  company  TRIACTA Nigeria  Limited  for the  quality  work  and  standard.
He pointed out that " This government is for the masses , because it is the masses that brought  us  in Government,  we must work for them and we are not taking Instructions  from anybody, but from the masses and we must do what they want
The Governor also assured that  by June  2016 all the Thirty - Four  roads being awarded for the construction  in the state capital  would be completed  and commission. Governor Muhammed Umar Jibrilla  however  revealed  that  construction  work of general  hospitals  in Mubi ,Ganye , Numan and  Specialist  Hospital  Yola  would be  commence  in order to  provide  quality  health care delivery to the people of Adamawa state.
The  Honourable Commissioner ministry of Works Barr.Lilian Stephen  Kayode and other members of the State  Executive Council  who accompanied  Governor Muhammed Umar Jibrilla  on the inspection  Visit  also expressed  her satisfaction  with the standard  of work done by the construction firms across the  state.