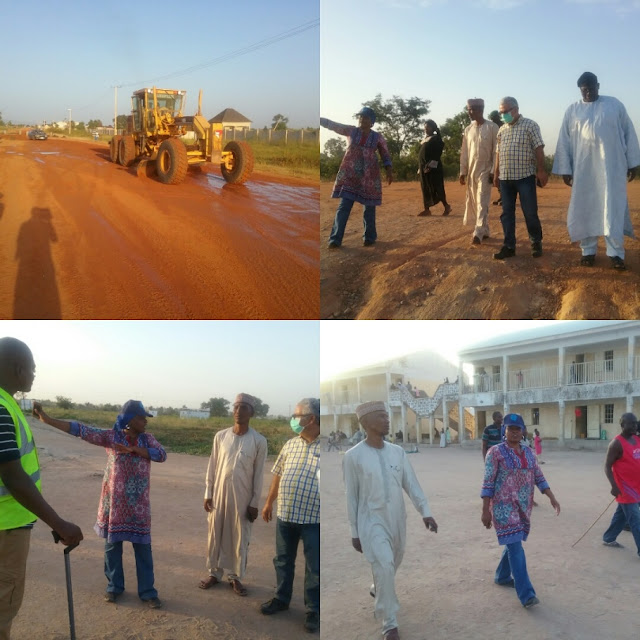 By: Barnabas Augustine.
The Hon. Commissioner Ministry of Works Barr Lillian N. Stephen has today 3rd December 2015 embarked on inspection and sensitization tour at the ongoing road construction sites at Wuro Jabbe and Jambutu. It could be recalled that two weeks ago the Commissioner has debunked the rumours that the road under construction at Jambutu has stopped. She stated that the temporary stoppage of the road construction was based on technical ground. “You now when road construction reaches surface dressing stage, its needs a period of not less than four  weeks to enable the gravel blends with the bitumen properly” she said 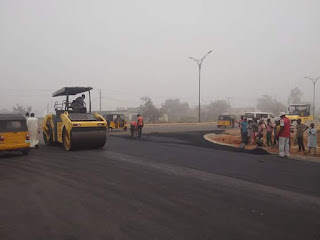 As at the time of filing this report, the contractor handling the construction of Wauro Jabbe road, Triacta Nig. Ltd has commence laying of alphant. Alphant is the next stage after the surface dressing before reaching final completion.
While inspecting the site, the Honourable Commissioner sensitized the residence on the need to complement Governor Mohammed Umaru Jibrilla Bindow efforts by ensuring that refuse are not dumbed in drainages. She emphasis that petroleum products should not be pour on any road under construction because it will lead to its damage.
She call on the people selling petrol, kerosene, diesel or gas along road site, should as a matter of urgency to relocate to a place far from the roads under construction with immediate effect. 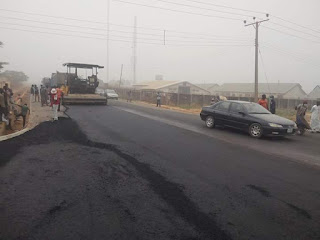 Parents are also called upon to take care of their children when crossing the roads especially now that they have good access road.
Malam Goni Adam, Wakilin Jambutu, thanked His Excellency,  Senator Mohammed Umaru Jibrilla Bindow on behalf of Jambutu residence for fulfilling his campaign promises to them. He promised to call upon all the ward heads of Jambutu to create an avenue for enlightened their people on how to continue maintaining the road networks under construction in their community.
During the tour, the Commissioner was accompanied by Mr Mathias Yohanna Chief Press Secretary Government House, Technical Staff of the Ministry and gentlemen of the press.