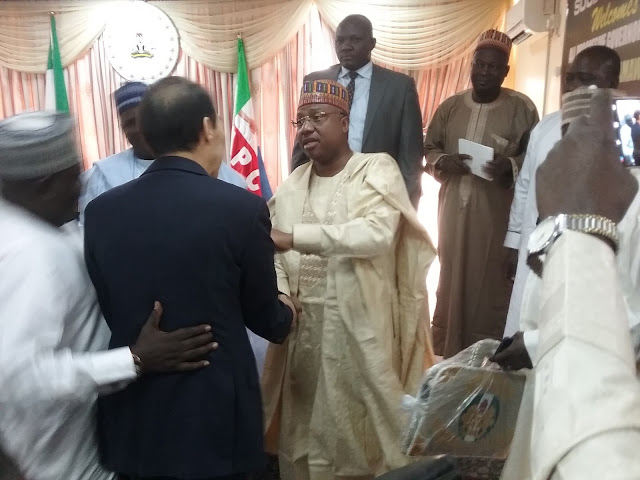 
Adamawa state Government  is to benefit with about  Two Hundred Million  Dollars  grant from China  for its Agricultural  programmes  in the state.

This was diaclosed by  Mr  James Young of  SINO-HYDRO  Investment and Mr Antom  H.Xu of YTO -CAMACO  an Agricultural  firm based in China who led a delegation of  experts during  a courtesy visit  on  Governor Muhammed Umar Jibrilla  at Government House Yola.

The  delegation said  they were in Adamawa state to collaborate with the  state government in the  areas of  Agriculture and other infrastructural development aimed at assisting the people of the state  for the better.
Mr James Young stated that the  primary objective of Chinese  government is  to assist African  Nations in the areas of  Agriculture, Management, Industrilization  among others . 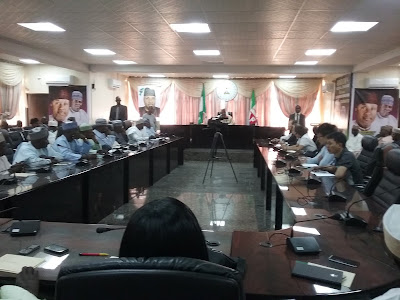 He explained that China has earmarked  Five Hundred  Million Dollars  for the North East  region  out of which  Adamawa state Government will  be giving  Two Hundred Million Dollars  to assist  farmers  in the state for boost their Farming  activities.
He disclosed  that  SINO-HYDRO  a largest construction  firm in China intent to  build Agricultural  plant  such as merchineries  and Implements in order to boost  food security in the state.

He told Governor Muhammed Umar Jibrilla  that during the  meeting of world  leaders in Johannesburg, South Africa  in 2015 where President Muhammadu Buhari  signed an agreement  on Mambila  Hydro-electricity  power plant  with  Chinese  government on the  project.

In his  response, Governor Muhammed Umar Jibrilla has assured  the Chinese  Delegation that  Adamawa state Government  is ready to  partner with  the  Chinese government in the areas of  investment  for the overall development of the people of the state.

The Governor  explained that  Adamawa state  is one of the  Agricultural  state  in the Federation and promised  government  support and cooperation, stressing that the state  is blessed with  abandoned  natural and  mineral  resources  untapped  and appealed to the prospective  investors to come and  invest in the state.
He also  pointed out  that  conscious of the  security  and under development  and the challenges  confronting the people of the state  his administration  has engaged youths and farmers  in various  programmes aimed at  providing  food  security for all .
03:32
Adamawa Daily Reports
News
Email ThisBlogThis!Share to TwitterShare to Facebook