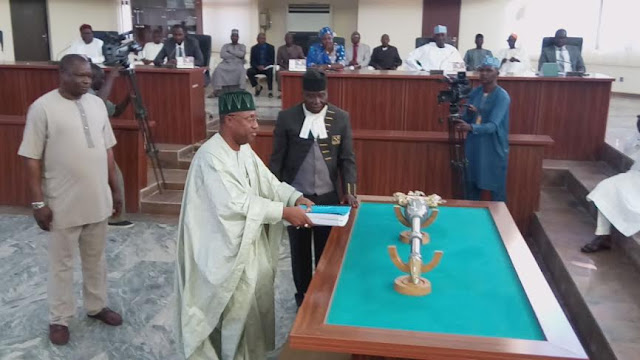 
Yola, Dec. 31, 2015 (NAN) The Adamawa Government has been commended for allocating more than 50 per cent of its 2016 budget to capital projects.

A cross section of residents, who spoke to the News Agency of Nigeria (NAN) on the budget proposal presented to the state House of Assembly, said the allocation of N60.070 billion of the total N120 billion for capital expenditure was laudable.

``This budget is commendable; this is the first time we are having a budget where capital expenditure is having the lion share.

``Our prayer is that government will ensure implementation," Mr Abubakar Mutawalle, a unionist said.

Sale observed that the state has serious challenges in areas of infrastructure and any effort by government to address it should be commended.

They cited roads and rehabilitation of infrastructures, particularly in areas affected by insurgency, as areas to be accorded priority attention.

NAN recalls that Gov. Muhammadu Jibrilla on Wednesday presented a total budget proposal of N120,126,857,430.00 to the House of Assembly.

Speaking on the budget, christened ``Budget of Social change", Jibrilla said the measure was based on the administration’s commitment to ensure rapid transformation.

``The state government is committing over 50 per cent of its resources for capital development. This is not unconnected with the change mantra of this administration.

``This will no doubt lead us to our desired destination of rapid social change," Jibrilla said. (NAN)
08:07
Adamawa Daily Reports
News
Email ThisBlogThis!Share to TwitterShare to Facebook