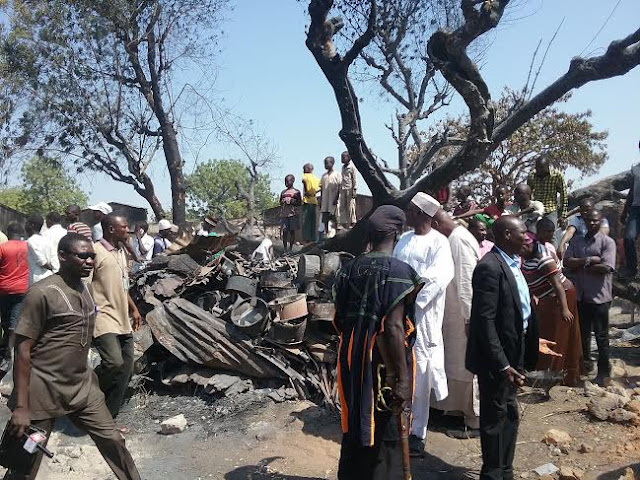 Governor Muhammed Umar Jibrilla has  sympathised  with the victims of the recent  Yola market  which was gutted  by fire in the early hours of Monday  the 4th of  January 2016.
The Governor assured that his Administration would  do everything possible in  ensuring that government  has concluded plan to rebuild  and mordernised the market in order to  avert future occurrence, pointing out that  a committee has been set up to  investigate  the  circumstances of the disaster. 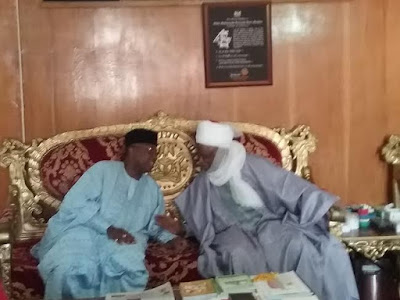 He also called on the  federal government  and wealthy individuals to come to the aids of the victims of the inferno.

Earlier the State Chairman of  Gamzaki Traders Association  Alhaji  Ibrahim  Muhammed  86 who conducted  the Governor and his entourage round the burnt market said about Eighty  percent of the  Traders at the market  lost their belongings ,and called on the  State  and Federal Government to come to the assistance of the fire disaster, victims saying that majority of the  traders were petty traders. 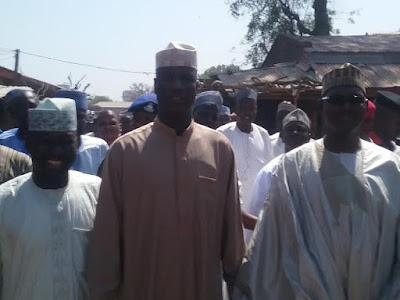 Governor Muhammed Umar Jibrilla also commiserate with the  Lamido Adamawa His Royal Highness Dr Muhammadu Barkindo Aliyu Mustafa  and his subjects  over the  unfortunate incidents at the  Yola market which has been in existence for  over Two Hundred years ago.

While responding, His Royal Highness Dr Muhammadu Barkindo Aliyu Mustafa thanked the Governor for the sympathy and concern shown to the victims of the  fire disaster and prayed Almighty Allah to reward him  abundantly.
05:48
Adamawa Daily Reports
News
Email ThisBlogThis!Share to TwitterShare to Facebook