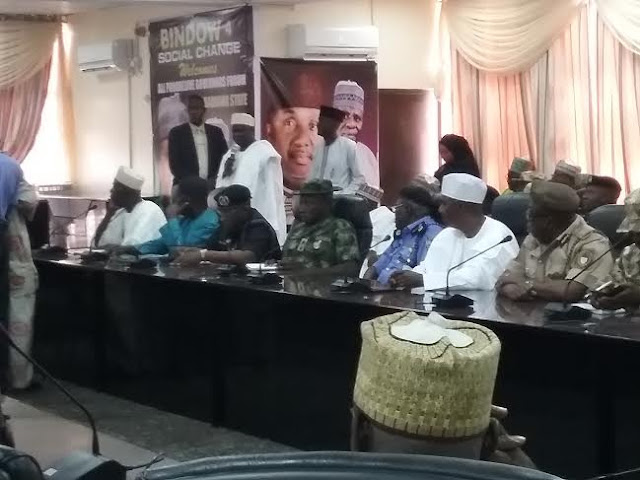 The people of Adamawa state  have been  urged to  assist  morally  and financially the families  and dependants of the fallen heroes considering their  sacrifice and patrotism  for the cause  after resolution for peace.
Governor Muhammed Umar Jibrilla made the assertion  on the occasion of the year 2016 armed forces  remembrance day and  Appeal Week  which took place at the  council chambers of the Government House Yola.

Governor Muhammed Umar Jibrilla explained that  in view of the  programme  no amount of  moral and financial  contribution would be  too little  to the sustenance  of the dependants of the  fallen  compatriots. 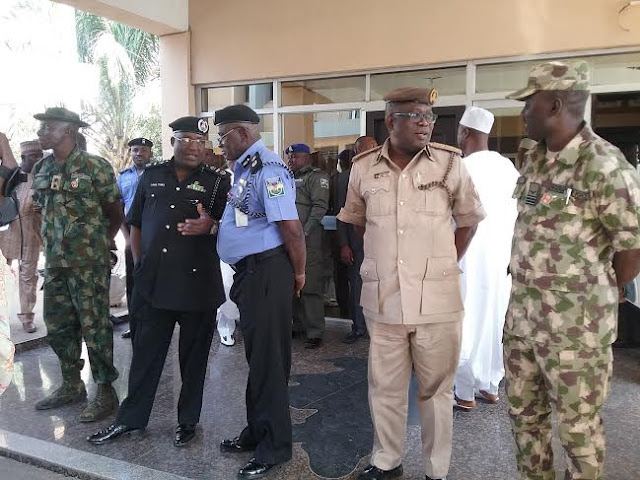 He also recount the courageous  and  brilliant efforts  of Nigerian soldiers  who fall gallantly  during the first  and second world wars as well as  the Nigerian civil war of 1966 and fighting  insurgents  in some part of the country  aimed at keeping Nigeria  as one Nation and remain peaceful.

The Governor also  advised  the leadership of  the state branch of the  Nigerian Legion to use the money for the  purpose intended and appealed to all  and sundry  to donate generously  towards the  noble objectives.

Governor Muhammed Umar Jibrilla  then made a personal  donation of Five Hundred Thousand Naira  and pledged  the sum of Five Million Naira on behalf of the Adamawa state Government.
Other donations includes Deputy Governor Engr.Martins Babale  who  announced  300,000.00,Chief of staff government house Alhaji AbdurRahman Abba Jimeta  gave 200,000.00in addition to One Hundred  pieces of wrappers to the widows of the fallen  heroes, SSG donated  Ten Thousand  Naira. 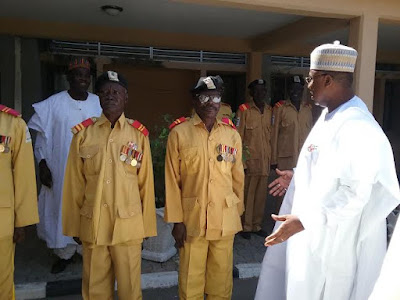 Other donations includes; Honourable Commissioners who gave Ten Thousand  Naira each, while Head of service  Barr,Musa  Kaibo  announced  the sum of 250,000,00 on behalf of the permanent secretaries  collectively. At the end of the  occasion  about Seven million, Five Hundred and Eighty  Thousand Naira was realised during the launching of the  emblem.

In his  vote of thanks ,the state Chairman of the  Nigeria  Legion  Master Warrant  Officer  Bashir Baba Yola retired  said the  present  leadership  is more concerned  about the  welfare  of 5he Widows  and Orphans  of the  fallen  heroes, stressing that  this is done  to appreciate the  services  rendered in their  struggle to  save mankind  and humanity in the globe .

Retired  Master Warrant Officer  Bashir  Baba Yola  also enumerated  some of the  achievements  recorded by the legion which  includes  payment of  scholarship to the  Orphans of the fallen  heroes  and called on the  state government  to look into the  problem of  logistics and  office accommodation  of their secretariat  and assured of  their  total  support and loyalty to the present administration  under Governor Muhammed Umar Jibrilla. He however appreciated the  efforts of  the state  government  for supporting  and encouraging the  Ex-servicemen  deployed  to post primary schools in the state  as discipline  Sargent.
06:18
Adamawa Daily Reports
News
Email ThisBlogThis!Share to TwitterShare to Facebook