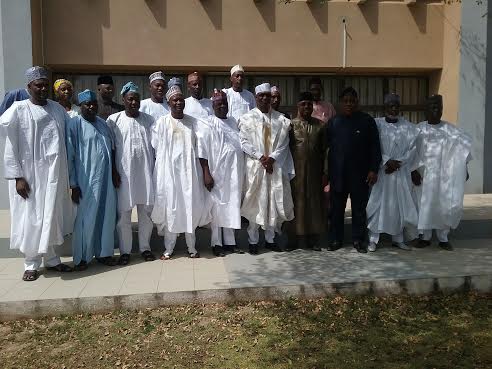 Electronic Track Registration  System  (e-track registration  system ) is  to be introduce  for Nigerian pilgrims by the Saudi Arabian  Authorities  for effective  and  hitch-free Hajj exercise  this year.

The Executive Chairman of the National Hajj Commission of Nigeria (NAHCON) Barrister Abdullahi Muktar Mohammed (MON) who revealed this when he led a delegation of Officials from the Commission  on a courtesy visit to Governor Muhammed Umar Jibrilla  at Government House Yola.

The Executive Chairman said he was in Adamawa State  in continuation of  the nation-wide familiarization tour in all the States  Pilgrims Welfare  boards  and to have a first-hand  information on the activities as well as to consolidate  the preparedness  of 2016 Hajj exercise. He commended Governor Muhammed Umar Jibrilla for the support and cooperation given to the State Pilgrims Board adding that NAHCON intends to develop some documents that would guide the all pilgrims, and to have a uniform procedure on Hajj exercise for all intending pilgrims across Nigeria. 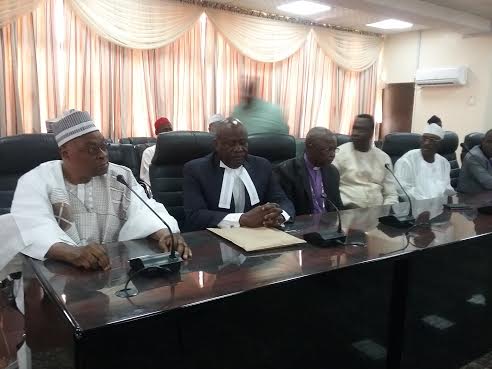 He explained that NAHCON plans to establish Hajj Management Training Institute and a Multi-Purpose Hall for the pilgrims. However,  he  appealed to the  Adamawa state Government to come to  aid the Commission on the encroachment of  some individuals at the proposed  permanent site of the Commission  along Yola International Airport  with a view to  construct  a befitting Hajj camp adding that about Forty per cent of the  Land has already been encroached.

In his response, Governor Muhammed Umar Jibrilla assured the delegation that the State Government would give NAHCON all the necessary support and cooperation in order to ensure a hitch-free Hajj pilgrimage. He also emphasized the importance of prayers for peaceful coexistence of the people of Adamawa State, pointing out that prayers are in line with the objectives of his administration in order to  foster unity and  peace among the citizens of the state. 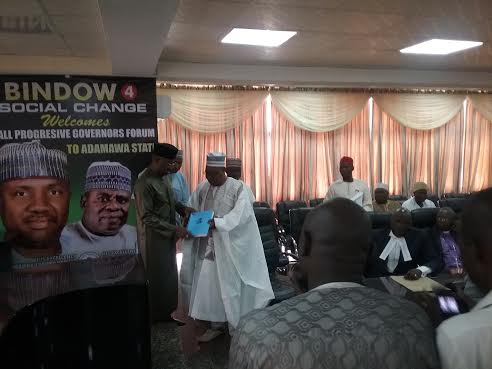 On the other hand, the Governor Muhammed Umar Jibrilla had received 2015 report on Christian  Pilgrimage to Jerusalem from the  State Government  delegation  led by His Royal Highness  Hama Bata Homun Alhamdu Gladson Teneke  on the successful  completion of their journey  to Holy Land .The leader of the delegation had  commended Governor Muhammed Umar Jibrilla for  the giant  strides and  for the love and  concern shown to the pilgrims  during their departure  to the Holy Land in December 2015 as well as  the support and  assistance given to the  pilgrims  while  in Israel.

While receiving the report,Governor Muhammed Umar Jibrilla assured  the delegation that his administration will continue to support  and encourage  pilgrims of Adamawa State morally and otherwise.

The Governor however called on the people of the state  to tolerate one another for the overall development of the state  and assured that  his government  will study the  report carefully with a view to  implement  some of the recommendations.
00:42
Adamawa Daily Reports
News
Email ThisBlogThis!Share to TwitterShare to Facebook