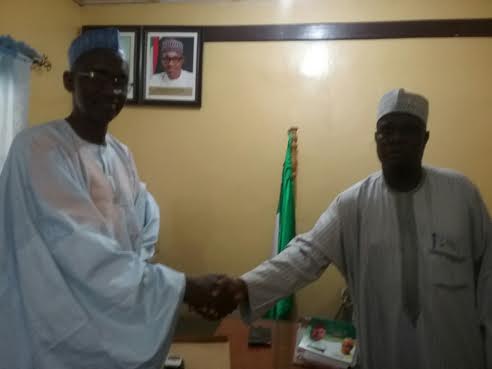 The New Permanent Secretary Ministry of Trade and Co-operatives on Monday 11th of 2016 assumes duty. During the handing over, the outgoing Permanent Secretary Ahidjo Dahiru Mohammed who is now the Permanent Secretary Cabinet Office Government House Yola, lauded the good working relationship he had with the Directors and staff of the Ministry. He said that his posting is an act of God therefore every civil servant must avail himself /herself any day or time he/she is posted to another Ministry.

Mohammed described the Ministry as an organised one, he called on them to continue to work for effectiveness results in the Ministry and the State at large. 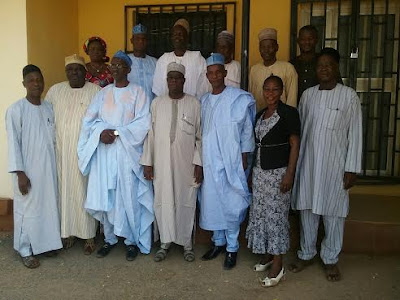 While responding, the in-coming Permanent Secretary Mahmud Abubakar expressed gratitude to God for his appointment stressing that it is normal for staff to be posted, he therefore called on  the Directors to be open in all they do and that  his  doors are always open for advice.  More so, he said that he has confidence in the Directors and had urged  them to work as a team in order to make  the  change in Binbow administration and to  realise  it's objectives as well.