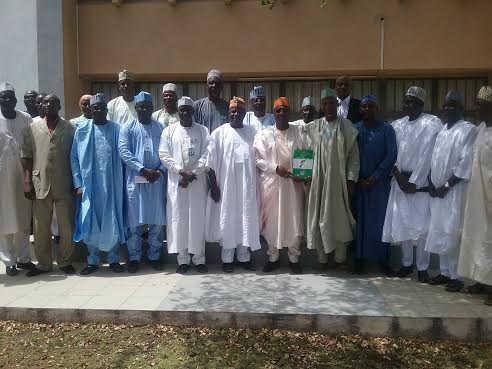 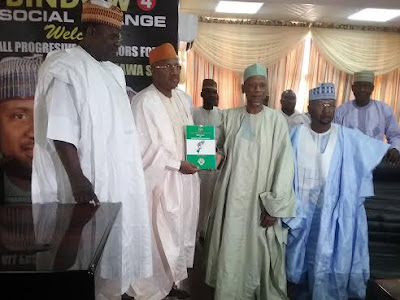 Governor Muhammed Umar Jibrilla assured that  the document  would give  the state government  a direction, announcing that it will  be judiciously  implemented  for the development of the people of Adamawa state.

In his brief  remarks, the Secretary to the State Government Dr Umar Buba Bindir highlighted  on the mandate  on which the  committee  was inaugurated for, pointing out that  at the  inception  of the present administration,  the need to put in place such a committee  has become  necessary to  enable  the  government  forge impact  positively.

The  Secretary to the State Government had enumerated some of the laudable  achievements of the present administration under Governor Muhammed Umar Jibrilla  which includes :Road infrastructure,  Education, Agriculture, Health Care delivery, Civil service, as well as Bindow For  Social  Change  (BSC) initiative  for the  development  of the people of Adamawa state.

Dr Umar Buba Bindir  also  revealed that the  Adamawa state Economic Development  Summit would be organised  to enable the participation  and  implementation by relevant  stakeholders  in the state  in order to enhance  the socio-economic development of the state. 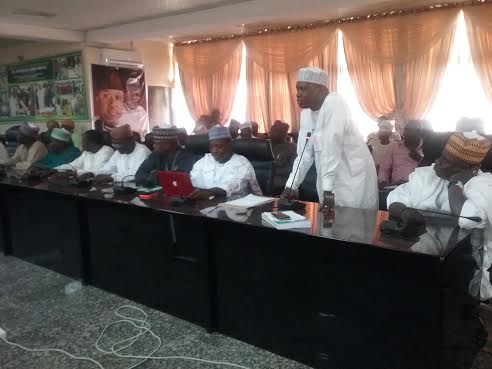 Earlier, The Chairman of the Technical  Committee  for the Vision 2016-2030  Alhaji AbdurRahman  Modibbo Girei said the document will  lay the  foundation for  development  while  solution  have been  proffered  to be a pilot  for  sustainable  growth and development. He also said  the document  also  agreed  that the  economy  of the state should be  driven by Agriculture,  Livestock and Solid Minerals  but  are  capable of creating  job opportunities  as well as  entreprenual growth . More so, he noted that the draft document is important  considering the fact that the state is  coming out from effects of insurgency  and  under development.