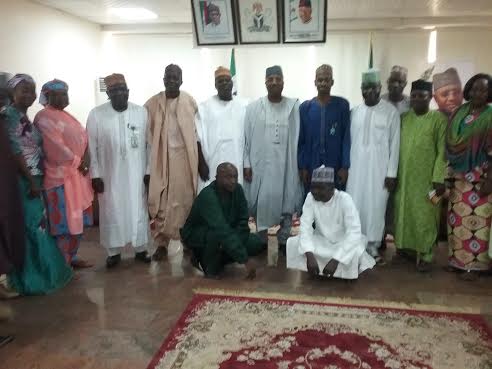 8th February, 2016.
Governor Muhammed Umar Jibrilla has been commended for his support and cooperation being extended to the state office of the National Youth Service Corp (NYSC).
The Adamawa State NYSC Coordinator Mr Umaru Jauro Daniel made the commendation during a courtesy call on Governor Muhammed Umar Jibrilla at Government House Yola. He said  that  the management  officials  of the NYSC State office  were  at the Governor’s  office  to show gratitude in respect of the 36 seater Coaster bus provided by the His Excellency, the Executive Governor of the state and for increasing the monthly allowances of Corp members from Two Thousand Naira (N2,000) to Ten Thousand Naira (N 10,000) . 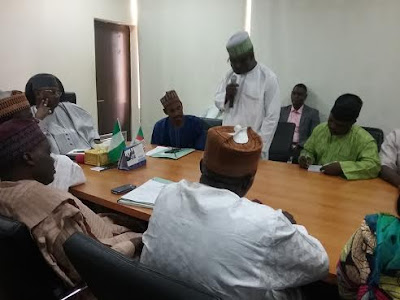 Mr Daniel disclosed that the NYSC had recently introduced an Entrepreneurship Scheme for graduates in order to prepare them to be self-reliance after their National Service Year.

While responding, Governor Muhammed Umar Jibrilla thanked the Management of National Youth Service Corp in the State for the visit and assured them of his government’s support and assistance to the scheme state for the better tomorrow. 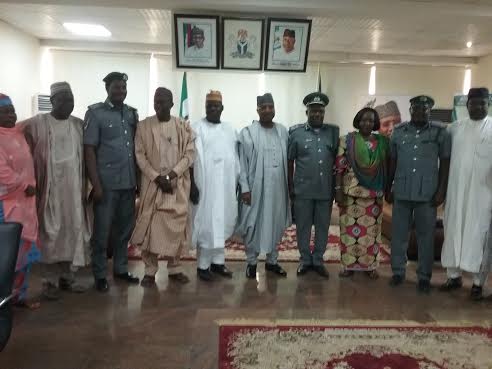