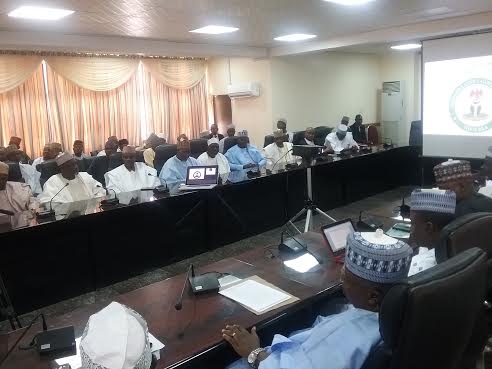 Governor Muhammad Umaru Jibrilla has expressed displeasure over the inflation of figure of staff at the Local Government level and assured that sanity would be restored to enable workers get their salaries promptly.

The Governor, who stated this when he received Members of All Progressive Party from Mubi - North at the Council Chamber of the Government House  Yola, explained that government will ensure that workers of Local Government Councils in the state receives  their salaries at the same time with State Government workers.

He narrated that the recent sanction on some Education Secretaries was as a result of sharp practices as well as inflation of figures while staff of the local councils are short changed. 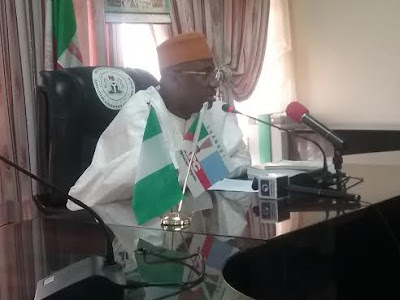 Governor Jibrilla stressed that all modalities to improve on the prevailing situation have been put in place and called for patience to enable him address the problem adding that alleviating the plight of the common man as well as provision of basic amenities is the priority of his administration.

A Director from the State Ministry of Works, Engineer Suleiman said more than fourteen roads in Mubi are under construction while about forty others are undergoing construction in the state capital. 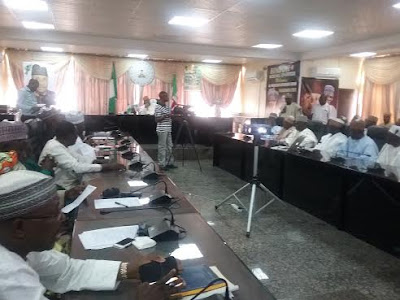 Earlier on, the Leader of the delegation, Alhaji Usman Sarkin Mudu, who is also the chairman of the APC in Mubi -North said the visit was to thank the Governor for the commencement of road construction in Mubi and other parts of the state. He  had also said solar street lights have also been installed in the area and assured that people of the area will continue to support the Governor to enable him record development in the devastated areas caused by insurgents in the Northern part of the state.
02:59
Adamawa Daily Reports
News
Email ThisBlogThis!Share to TwitterShare to Facebook