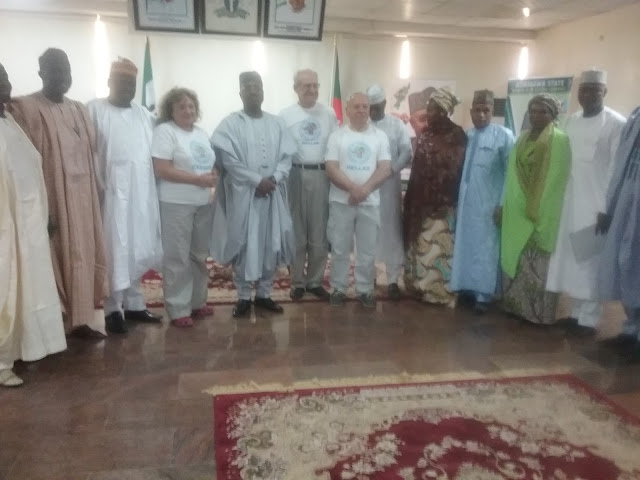 An International  Charitable organisation  (HEART DOCTORS ) were  in the  state on a mission to  bring soccour to the  less previlage  people in the society.
Speaking  during  a courtesy call on Governor Muhammed Umar Jibrilla  at Government House Yola, The  leader of the delegation  from  GREECE  Dr, XENOPHON  GIATAGANA explained that they were in the state to support  war victims  with medical treatment as well as  humanitarian  assistance  to the poor patients in the state. 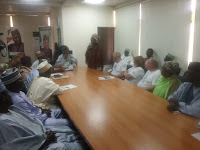 Dr.Xenophon  Giatagana  said Adamawa  was chosen  as one of their areas primarily in  view of the hardship being faced by the victims of  insurgency, pointing out that the  organisation's  main objective is to provide  medical  services  and  advices  to the  patients  who were suffered from  major and minor  ailments  free  of charge.
She  thanked Governor Muhammed Umar Jibrilla for the  warm reception  and hospitality  accorded  members of the Heart  delegation  during their visit to Adamawa state.

In his response Governor Muhammed Umar Jibrilla had assured  the  Hearts  Doctors  government  support and cooperation while  conducting  their services  in the state.
Governor Muhammed Umar Jibrilla then directed the Heart  Doctors  to mobilise  their services  to Mubi-North, stressing that the people from the  Northern part of the state were the most  vulnerable  in terms of insurgency. 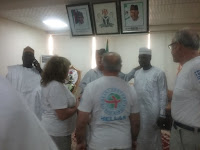 The Governor also  appreciated the  services  being rendered  by the Greece Doctors  to the people of Adamawa state, He however assured  them that the state is calm  and  peaceful.
05:52
Adamawa Daily Reports
News
Email ThisBlogThis!Share to TwitterShare to Facebook