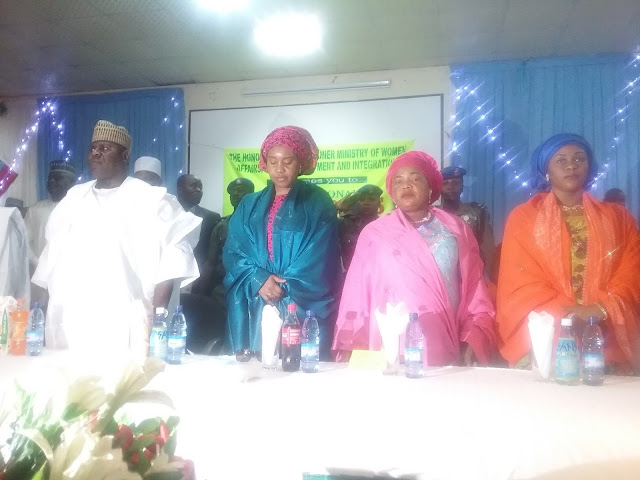 International  women’s day  is a global day set aside in celebrating the socio-Economic, Cultural and political achievements of women. International women’s day also marks a call to action for accelerating gender parity.The day is celebrated on 8th  of March every year. The day was first observed as a popular  event after the United  National Assembly invited member state  to proclaim March 8th as the UN day for women’s  fight and world peace.
The theme of this year’s  celebration is “PLANET 50:50 By 2030; STEP IT UP FOR GENDER EQUALITY”. 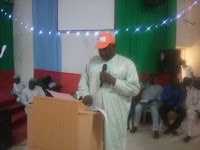 In a welcome address, the Hon. Commissioner, Ministry of Women Affairs, Social Development and Integration. Alhaji Aliyu Bell Tola  said “Everyone, men and women can pledge to take a concrete step to help achieve gender parity more quickly whether to help women and girls achieve their ambitions. He further said women are the backbone of every society, let’s support them to contribute and participate in their development. He further thanked the present government for taking a giant stride towards empowering widows  in different skills, appointing women into key administrative position in the state.

In her remarks, a member representing Numan constituency, Mrs. Sodom Tayidi, who is also the chairman House committee on women Affairs presents a paper on” Involvement of  women in governance and decision making” where she  said “In the past, only few women were involved  in  governance but, recently a lot of women participate actively and they hold many positions. She called on people in the society to shun away from gender discrimination as women in politics are seen as partners  in  progress. 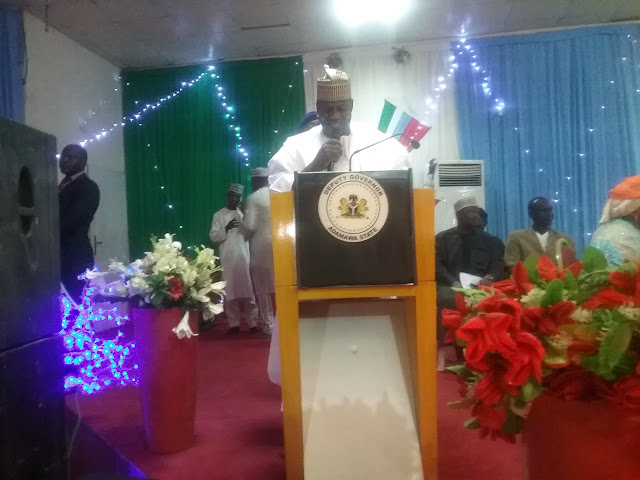 In his speech, the deputy governor Barr. Martins Babale  said” I feel honoured to celebrate this day with you because you are the lives of every home.” He further said that government of Adamawa state will ensure that the lives of women  is protected and uplifted to the highest standard and all efforts will be made to revive women development centres to engage and train women in different skill.

In a speech delivered by UNICEF consultant Mrs. Hannatu Yaro on the topic” the need to  involve women and girls in security and peace”. She said” the issue of women and girls can not be over emphasised because women and girls are the most vulnerable in the society. She also said there is  need  to involve women in conflict resolution. She  finally commends  the efforts of UN  agencies in the state and ministry for women Affairs for partnering with them. 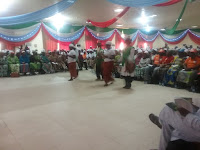 In a brief remarks, the chief of staff Alhaji Abdul rahman Abba Jimeta said” I congratulate  ministry for women Affairs for celebrating international women’s day, he also extend his goodwill message to the women and urged them to  participate actively in  politics, he also called on well meaning individuals in the state to carry women along. Finally he enjoined women to join hands together in other to achieve their goals.

In her speech, Her Excellency Hajiya Maryam Muhammad Umar Jibrilla said”our new model of democracy will need to design intervention programmes specially focused on the problems and needs of women, especially widows to enable them become inspired bearers of democratic values. In this regard, the rights of women education, health, employment into civil service and appointments as well as access  to elective positions will have to be protected if we are to sow the seeds of Nigeria’s democratic future on rich soil. She further commends the efforts of his Excellency sen. Muhammad Umar Jibrilla  for being  gender friendly government, as attested by his appointment  of a reasonable number  of  women  in his  cabinet. Lastly, Haj. Maryam urged the women to support the present government at all levels so that the change mantra that we all agitated for could be translated into reality for the benefit of all.

In a vote vote of thanks the permanent secretary, ministry  for women Affairs. Hajiya Maisaratu Bello appreciates the efforts of present government for supporting the programme, she also thanked all women who  were present for attending the programme.

Those present at the occasion are; Deputy governor, chief of staff, wife of deputy governor, wife of Hon. Speaker state house of assembly, wives of Hon. Commissioners, UN Representatives, members of International rescue committee, women in politics, FOMWAN, CAN representatives, permanent secretaries, women from different association across the state.