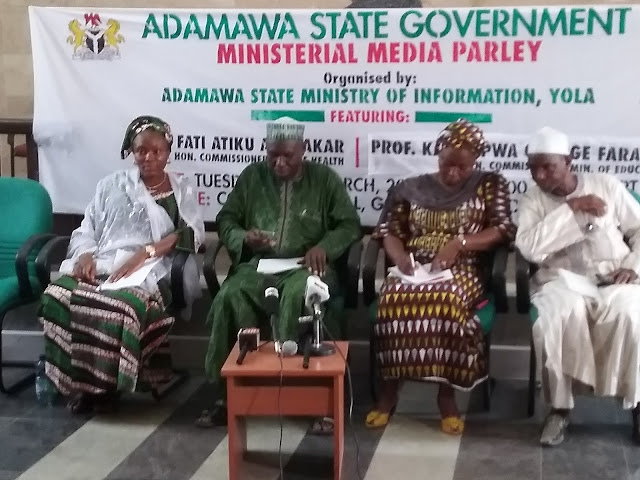 
Maiha Cottage  Hospital  being  rehabilitated  by the present administration under Governor Muhammed Umar Jibrilla  has been completed and  ready for  commissioning.

This was diaclosed by the  Honourable Commissioner ministry of  Health Dr Fatima Atiku Abubakar  during  a  ministerial media  parley  organised by the state ministry of Information  Yola.

The  Commissioner  said the  present administration under Governor Muhammed Umar Jibrilla has  under taken  renovation  and reconstruction  of some general  hospitals across Adamawa state. 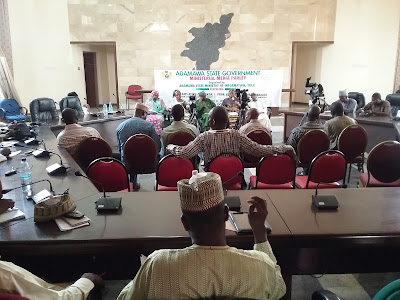 Dr  Fatima Atiku also revealed that  arrangement  have been completed by the  government to  settle  all allowances  being owed by  the Health  workers  for over Two years  by the end of March 2016.
She also  pointed out that the  efforts  being made by the  state government  in reducing Maternal/ Mortality  rate  is also a remarkable achievement  on the Health  sector.
On other deseases  like Lassa fever and Zika virus, The Honourable Commissioner also said the state  did not  recorded any  case with regard to such deseases  and called on the people  to  always  keep  their surroundings  clean in order to  avoid  contagious  deseases  among the  the people.

According to the Commissioner of  Health, the routine  immunisation  exercise  was successfully carried in Adamawa state  and commended the  people of the state for giving all the necessary support and cooperation to the  Health officials in the state.
Also briefing  Journalists  during the  Media parley ,the Honourable Commissioner ministry of Education Prof Kaletapwa Farauta  explained that the Ministry of  Education  has made a remarkable achievement on the  educational  sector by the  present administration under Governor Muhammed Umar Jibrilla.

Professor  Farauta said that the  ministry  has received  government  attention, adding that the results of 2015 SSCE has bee  improved  tremendously.
The Commissioner also  stated that the  problem of insurgency  has affected the  education in northern part of the state  for the destruction done on schools  and other  facilities  by  insurgents,

She further  explained that the  destruction  has affected  school children in the local  government areas being affected by the insurgency.
Also in his remarks the  Honourable Commissioner ministry of Information Comrade Ahmad Ibrahim Sajoh has called on the people of Adamawa state  to give  the present administration  support and cooperation  for the overall development of the state.