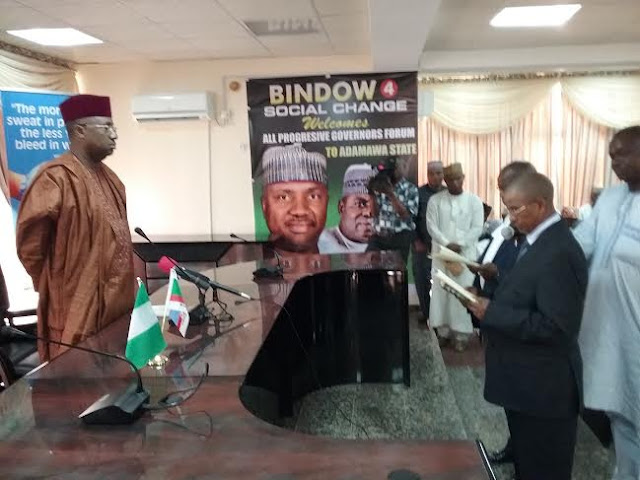 Judicial officers have been urged to always adjudicate justice with mercy in the discharging of their official responsibilities.

Governor Muhammed Umar Jibrilla made the appeal while presiding over the swearing in Ceremony of Barrister Abdul - Aziz Waziri as the new High Court Judge at the council chambers of the Government House Yola.

The Governor stated that  as a strong  arm of Government, the Judiciary  is always  said  to be  the last  hope  of a common man, he described  the  appointment of Barrister Abdul- Aziz Waziri  as timely, and  was done base on merit. 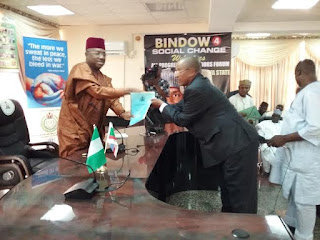 The Governor urged the newly appointed High Court Judge to contribute his quota towards the development of Judiciary and Adamawa State as whole.

In response, Barrister Abdul-Aziz Waziri thanked Governor Muhammed Umar Jibrilla for giving him the opportunity and seeing him worthy to serve the people of Adamawa state.

He assured the Governor that he will do his possible best in the discharge of his duties as a High Court Judge.

The swearing in Ceremony was administered by the state Chief Judge Justice Ishaya Kida Banu and also witnessed by members of the Bar and Bench in the Judiciary.
00:17
Adamawa Daily Reports
News
Email ThisBlogThis!Share to TwitterShare to Facebook