Home » News » NEWS: The Adamawa State Executive Council Approves some Viable Developmental Projects  that has Direct Bearing to the People in the Grassroots

NEWS: The Adamawa State Executive Council Approves some Viable Developmental Projects  that has Direct Bearing to the People in the Grassroots 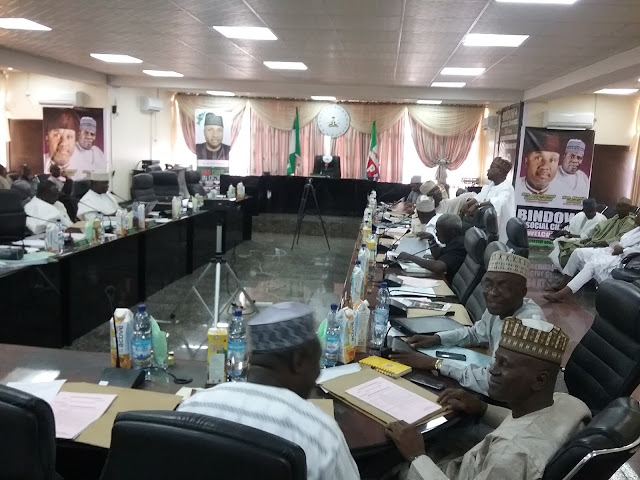 Briefing Government House  Correspondent's  at the end of the EXCO Meeting presided over by Governor Muhammed Umar Jibrilla  at the Council Chambers of the Government House Yola, the Honourable Commissioner Ministry of  Agriculture Dr Waziri Haruna Ahmadu  along side the  Commissioner of  Housing and Urban Development  Barrister  Suleiman  Aliyu  Sambo  Zumo  said the council  has received a technical proposal  from a  Chinese Company  for the  provision of  One Hundred  Mega Watts  of electricity  solar power  plant  in Adamawa state.

The  Commissioner of  Agriculture  explained that the  EXCO  has approved  and directed the Ministry  for Justice  to prepare a draft laws  for the  establishment of  Adamawa  Agricultural  Development and  Investment Limited  (AADIL) which was incorporated  since 2010 and being  operated without  any Legal backing.

More so, the Council has also approved for the provision of  additional  Street Lights  in the State Capital  to cover Faro junction linking Jambutu  up to  Air port round about at the  cost of One Hundred and Twenty -Five Million  Naira as well as  connecting the  Street Lights  to the National  Grid.

According to Hon. Waziri Haruna, the  council  also approved  for the renovation of  some Government Lodges to provide a  befitting  accommodation to the members of the State Executive Council   at the cost of Two Hundred and Twenty-One  Million Naira.

The  Council  has however  called on the people of Adamawa State to give the present administration under Governor Muhammed Umar Jibrilla  necessary support and cooperation in order to provide democracy dividends to the people .