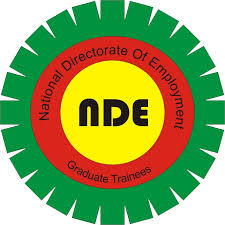 The National Directorate of Employment (NDE) has distributed tools to its Graduate Trainees under the Basic National Open Apprenticeship scheme in Adamawa State.

Speaking at the disbursement ceremony  in Yola, the State Coordinator of NDE, Mallam Ismaila Yar'adua said NDE had within the past one year  trained 900 unemployed persons in Adamawa under its various programmes. He said beneficiaries of the training included the youth, elderly persons, women and physically challenged and vulnerable persons. Similarly, he had disclosed that during the period, 300 Internally Displaced Persons were also trained and given grants to start their businesses.

Yar'adua reiterated the commitment of NDE to job creation, and lauded Adamawa Government for embarking on infrastructure development which had provided employment opportunities to many youths.

In his speech, the Speaker, Adamawa House of Assembly, Kabir Mijinyawa, advised Public Officers and individuals to encourage employment generation and poverty reduction activities in the state. He said that such intervention was necessary to reduce unemployment and rate of poverty in the society.
"It is for this reason that I personally initiated and executed an empowerment programme that provided opportunities to over 2,000 unemployed youths in my constituency. Similar efforts are also undertaken by other members of the state House of Assembly in their various constituencies." Mijinyawa said.

The speaker pledged that the assembly would provide the enabling environment to all efforts of the executive in combatting unemployment in the state.

Speaking on behalf of the graduate trainees, Beatrice Sadat, lauded NDE for the gesture which she said would make them self reliant and responsible members of the society.