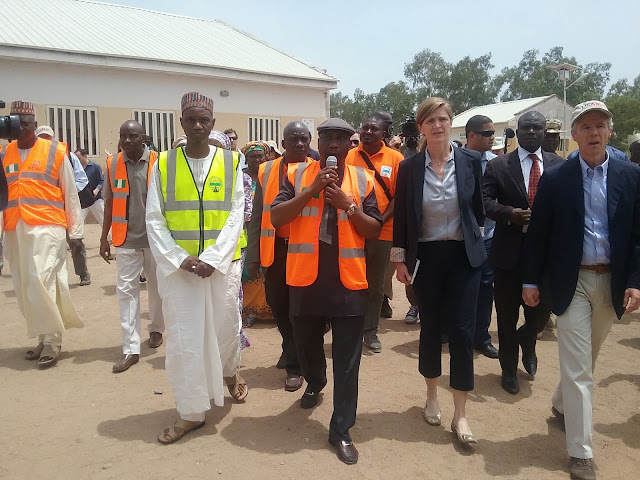 Mrs. Samantha was received by ADSEMA and NEMA officials at the camp.The Camp Coordinator Mal.Haruna Furo  took her round the camp where she met with the Idps and  stated her aim of visiting them is to commiserate with them over what happened to them as a result of the insurgents activities, especially in the North-Eastern  Sub-Region,  on behalf of the United State President Barrak Obama. She further assured them that the United Nation UN will ensure that their lives are protected.

However, she  was taken to where women  are under going training on various skills organised by UNFPA in partnership with Adamawa State Planning Commission and the State Ministry for Women Affairs,where she observed and interacted with some women and ask them whether they still want to go back to their villages or not.

The UN ambassador was accompanied by; representatives of IRC, IOM, UN,UNHCR, and UNFPA.