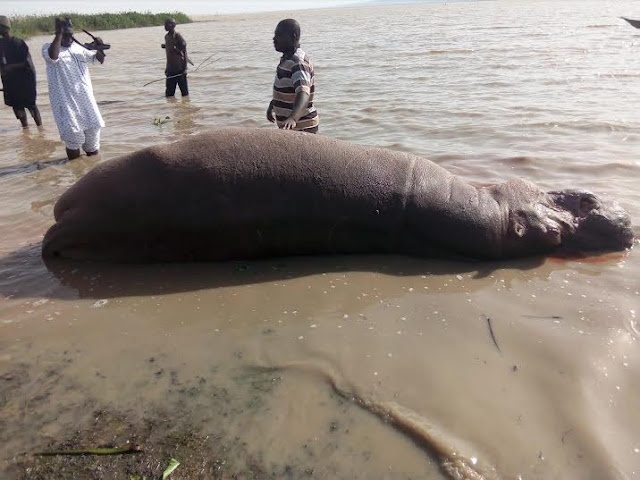 The Commissioner Ministry of Environment Mr Hamaji Bulus Bebe and his counterpart from the Ministry of Trade and Commerce, Hon. Tawaliu Magaji who had on 6th of May 2016, condoled the families of the deceased recently attacked by wild Hippopotamus in River Gongola along old Banjiram in Guyuk Local Government Area.

Hon. Hamaji told the District Head of Banjiram, Chief Musa Talaka that they were in his domain to commiserate with the families of the deceased over the recent unfortunate incident. The Commissioner used the forum and urged the Families and people of Banjiram to take hard and have solace in God as well to accept this as an act of Providence. 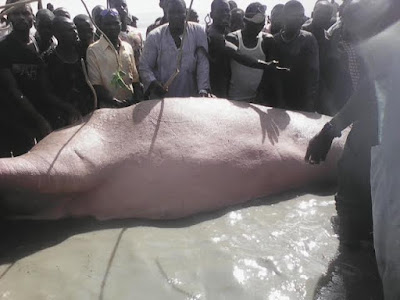 Bebe assured the people of Banjiram of the intention of Governor Muhammed Umar Jibrilla and his readiness to tackle the menance and solicited their support to the president administration.
"We received the story of the death of the two fisherman with great shocked and as the representative of Guyuk he felt it necessary to identify with the plight that be felt the community".The Commissioner Trade and Commerce, Hon. Tawaliu N Magaji said.
Magaji urged the community to continue to take refuge in God the creator.
Also speaking on behalf of the families, the District Head of Banjiram Mr Musa Talaka thanked and appreciated the effort of the Commissioner of Environment and that of his counterpart in the Ministry of Trade and Commerce for identifying with them especially at their trying moments.

According to him, the people in his domain are seriously suffering from his hostilities of vicious Hippopotamus, he added that since 2006 to date every year they have been recording a number of deaths due to the calamities caused by the Hippopotamus on innocent and unsuspecting fishermen, he called for Government intervention to curb the menance. 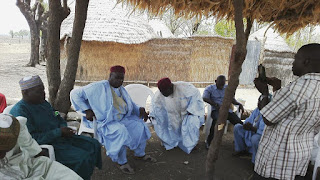 "This is the first time the officials from Government are coming to identify with us and we pray that God will continue to grant them the grace  in such fellowship" Musa said.
The Director Wild Life and Magement in the Ministry of Environment Mr Calvin Haskaino said the Ministry of Environment will commiserate with relevant institutions and NGOs to seek solution to this particular problem and how to manage the Hippopotamus against their hostilities.

Calvin added by saying that the Ministry is considering the Area as a tourist destination by creating a conducive atmosphere for conservation and preservation.
11:32
Adamawa Daily Reports
News
Email ThisBlogThis!Share to TwitterShare to Facebook