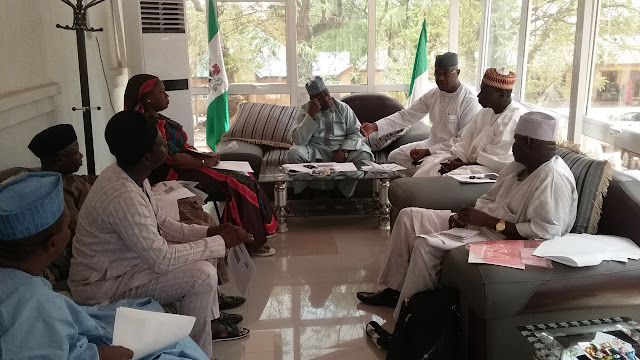 Adamawa State Taskforce on Immunization under the Chairmanship of His Excellency The Deputy Governor Engr. Martins Nasir Babale had its fifth meeting to discuss issues concerning immunization programme in the state. The meeting centred it's discussion on the state preparedness for the forthcoming IPDs schedule to commence on 14th April, 2016.

According to the report presented, WHO has trained 27 DSNOs, State epidemiologist on disease surveillance activities in the state, sensitization of key personnel working in IDPs camps on AFP and other IDSR diseases to improve surveillance sensitivity was also conducted. Local hunters were also trained and engage as informants to improve security sensitization.