Home » News » NEWS: ADAMAWA STATE MINISTRY OF INFORMATION AND STRATEGY  Schedule of Activities for May 2016

NEWS: ADAMAWA STATE MINISTRY OF INFORMATION AND STRATEGY  Schedule of Activities for May 2016 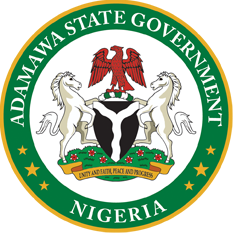 The General Public is invited to note that the following activities will be carried by the Ministry within the Month of May 2016
1. Workshop for Media Practitioners in Adamawa
Tuesday 17th May, 2016
Nyako Training Centre, State Secretariat Complex
About 100 practitioners will be involved
Dr. John Ngamsa will be the Guest Speaker
HE the Governor will declare the workshop open
A Break-Away session (syndicate session) will examine issues in depth.
Detailed programme and list of participants will be made available later.
2. Distribution of Transistor Radios to IDPs at NYSC,  Malkohi and Fofure Camps
Friday 20th May to 28th May 2016
HE the Deputy Governor to flag-off the process
The Radios are branded compliments of Adamawa State Government
They are to increase access to news and information.
3. Special Features on the first Anniversary of the "Bindow Magic" in Adamawa State
Involves Documentaries, jingles, news features, public discussions in the media, Road shows etc
From 20th May to 30th May 2016
Details later
4. Special Democracy Day Summit/Town Hall meeting
Monday 30th May 2016 at the Banquet Hall Government House Yola.
To be presided over by HE the Governor
The theme for the event is "Moving Adamawa Forward"
Participants will be drawn from all over the state and beyond
All members of Exco will be there to render account of our collective stewardship under a visionary leader
Proceedings will be transmitted live on Gotel Radio, TV Gotel and ABC Yola
Also proceedings will be streamed live on the Internet with tweets from the venue.
Social Media advocates can follow the proceedings and even send comments and questions.
ADAMAWA IS WORKING, BINDOW IS WORKING!