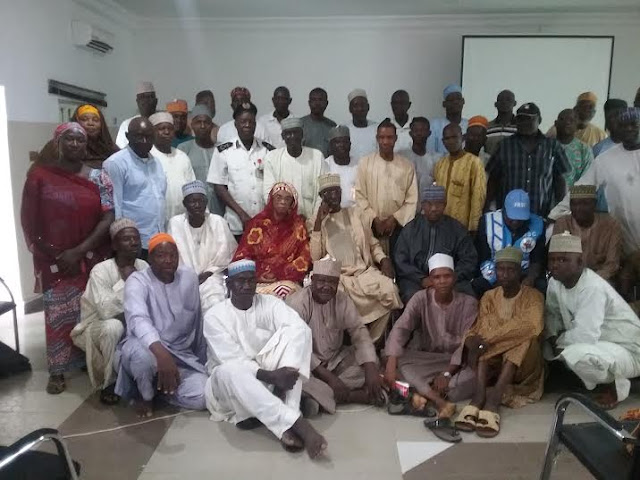 The Ministry of Transport Adamawa  State in collaboration with HI  Tech Engineering and Human Resources Management Training  Consult  held a two- day sensitization workshop on Motor  Vehicle Administration and Management from 18th-19th May, 2016 . The  aim  of the meeting is  to enlighten both the public and the private sector on their roles  or  responsible  as drivers in carry  out their  duties.

The workshop was declared opened  by his  Excellency the Governor of Adamawa State Sen, Umaru Muhammadu Jibirilla  who was represented by the Hounarable Commissioner of Ministry of Transport in person  of Alhaji Yahya  Farouk. The  Governor thanked the stakeholders  for  organising  such a workshop and promise to work hand in hand with them in other  to move the State forward as they  can see  how  his Administration has  embark on  Road Networking in the state. 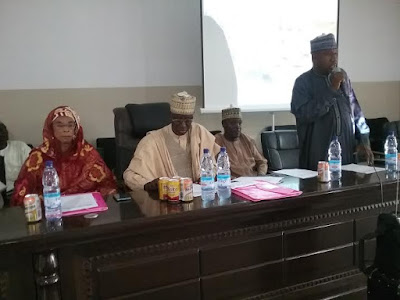 The Permanent Secretary of the Ministry Hajiya Jummai Bashir  who applauded the effort  of the  Governor for  his support and concern for looking  at the plight of the Ministry by building offices and fencing  the Ministry, she said  that the  Governor has also purchased  50 Buses which  will soon arrived in the state, all this is  for the progress of the state at large.

The Deputy  Permanent  Secretary of the Ministry also welcome  the participant and thanked them for honouring their invitation and urged them to make good use of what they  have learned from the workshop  as the ministry is  ever ready to partner with the drivers in the state and also support the Bindow Administration  in moving the state forward as they can see the Ministry of Transport is for both public and private sector.  At the end, he wished them a successful workshop and safety back to their destinations. 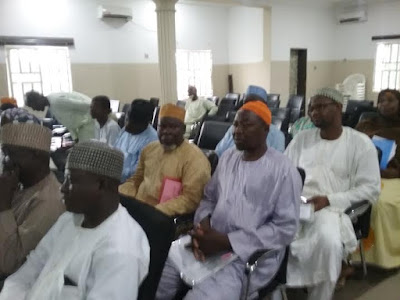 The workshop took off with  presentations  from various groups of people like the Federal Road Service  Commission, Civil Defence Corps and  the Finance department on how to use their motors properly in other to generate revenue and for the safety life of the citizenry and also the Governor was given some papers to study at the end of the workshop Certificate were presented to those confidante drivers ,the drivers thank the Bindow’s Administration for organising such a wonderful workshop and promised to give him their support.
13:18
Adamawa Daily Reports
News
Email ThisBlogThis!Share to TwitterShare to Facebook