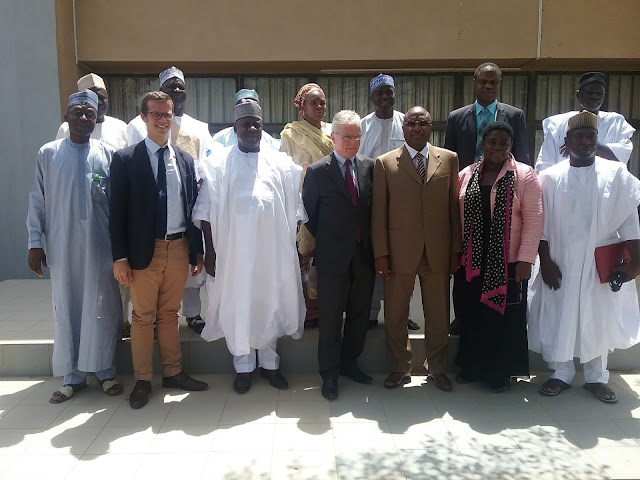 Governor Muhammed Umar Jibrilla says Transparency and Accountability is the number One cardinals  principles of  his administration.
The Governor  disclosed this when he granted in audience to  members of the delegation from  European  Union  (EU) at the council chambers of the Government House Yola.
Governor  Jibrilla explained that his government is determined to transform Adamawa state  as well as to deliver  democracy  dividends to the  masses  at the grassroots.

He commended President Muhammadu Buhari for his  zeal and courage in maintaining peace and security in the North East  region as well as the  country  in general.

The Governor also  pointed out  that  Adamawa state  has been described  by the World  Bank as the most backward state in the Federation and  solicit for  more support from  the European Union. 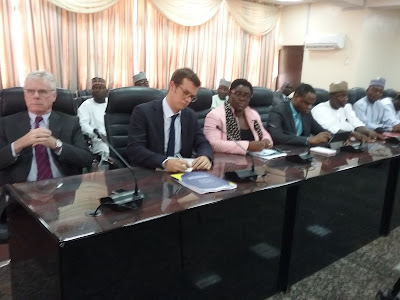 Earlier, the  head of cooperation  of the  European Union  delegation  Mr  Brain O'Neil said  the delegation was in Adamawa state to  get  first hand information  on the un wanted  destruction couse by insurgents in the state and to  look possible  ways  of assistance.
Mr. O'Neil promise to  assist  Adamawa state Government  in the areas of  Health Care  and other Legal reforms  in order to improve  the  social equities  among the people of the state  and solicited  the support and cooperation of the state government  for the better partnership.