NEWS: "Religion has a Significant Role to Play in the Society" Says Governor Umaru Mohammed Jibirilla . 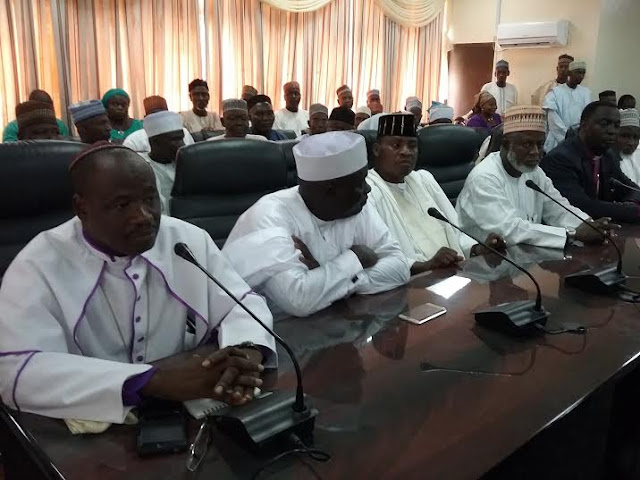 This was disclosed by His Excellency the Executive Governor of  Adamawa State Sen. Mohammadu Umar Jibirilla during the inaugural ceremony of  Muslim and Christian Pilgrims Welfare Boards held at the Council Chambers of the Government House Yola. He stated that religion  has a significant  role in the society  and urged members of the two boards to always conduct their responsibilities  in accordance with the tenet and dictates of their religious beliefs.

While calling on the members to be good ambassadors of Adamawa State and  the country in the Holy Land, the Governor explained that  the selection of the  members of the two religious  boards was based on individual  probity  and generally acknowledge  uprightness. 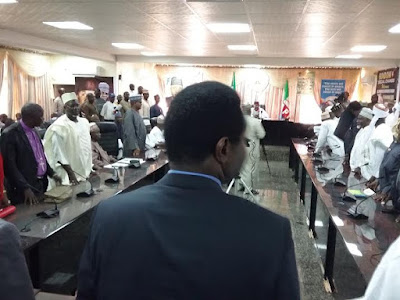 Governor Muhammed Umar Jibrilla  also enjoined  members of the boards to give the  spiritual assignment  and the due attention  it deserves in the service  of the people of Adamawa State  and  the country at large.

He however described religious tolerance  as the pillar  of unity  and peaceful coexistence among the people  as essential  in the society.

In their vote of thanks  ,the Chairmen  of the Muslim  and Christian Pilgrims  Welfare  Boards Alhaji  Ibrahim  Bill and  Bishop Amos Yakubu thanked Governor Muhammed Umar Jibrilla for giving members of the Boards the opportunity to serve  in his government  and promised that they will  discharge  their duties  deligently  and in accordance  with the  dictates of their religious beliefs
03:12
Adamawa Daily Reports
News
Email ThisBlogThis!Share to TwitterShare to Facebook