Home » News » NEWS:Governor Bindow in the Republic of Cameroon to Mark the 44th National Day Celebration

NEWS:Governor Bindow in the Republic of Cameroon to Mark the 44th National Day Celebration 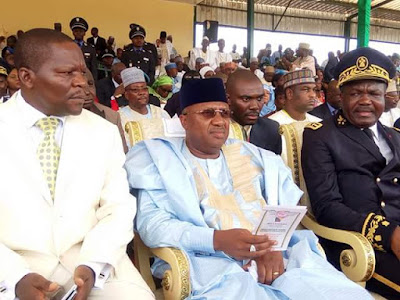 While speaking to  Journalists  on the  celebration, Governor Muhammed Umar Jibrilla described the  day as a moment of sober  reflection  especially on achievements recorded by the  Republic of  Cameroon.
The Governor  had commended  President Muhammadu Buhari  and President  Paul Biya  for  their efforts in  fighting insurgents in their  countries  and urged the  leaders of the  Two nations  to rehabilitate  the roads from Jabbi - Lamba  through  Belel, Gasiya  leading to  Garoua  which will be of great  benefit  especially  in improving  economic  activities for the  both countries  and also expressed  hope that the  Bilateral  relationship  between  Nigeria and   Cameroon  Republic  would be further  enhanced  if the roads linking  Adamawa  through  Belel  to Garoua  can be reconstructed  by the  Two  Countries. 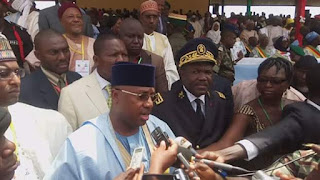 More so, Governor Muhammed Umar Jibrilla  has  inspected  Two  giant Companies  owned by the  Government  of the  Northern  Region in Garoua  ( Sode  Cotton  Development  Company and the Vaccines Production  Company  ) which was  established in 1970s .

The Governor  however  appreciated the hospitality  accorded  him by the Cameroonian Government  and expressed hope that the  cordial  relationship will  continue to  exist. 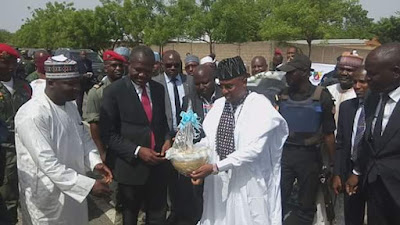 On the other hand, Governor  Abate Edi  Jean had also presented  a sovenier to Governor Muhammed Umar Jibrilla  as a mark of  appreciation  and  thanked  President Muhammadu Buhari for  granting  Governor Jibrilla  the approval  to honour the  invitation.
00:45
Adamawa Daily Reports
News
Email ThisBlogThis!Share to TwitterShare to Facebook