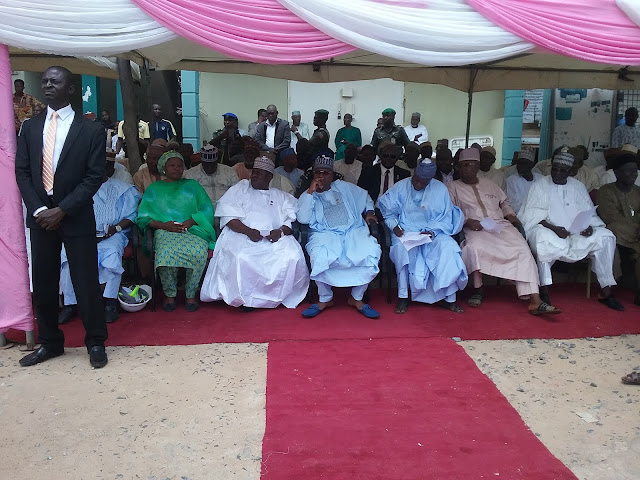 As  part of its efforts to  provide  the electorates  with  basic social amenities to the people of Adamawa state, Governor Muhammed  Umar Jibrilla  has  again  flagged off Atiku Abubakar  for re-construction  and rehabilitation. 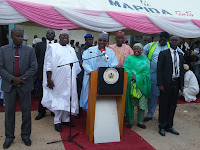 Speaking during the  flagging off  ceremony, Governor Jibrilla says it is the desire of his administration to provide  basic  social amenities such as roads and  other facilities  to the  good  people of the  state.
The Governor reiterated  the commitment of  his government to Provide More dividends of Democracy,  stressing that the  people of the state  deserved to be provided with such facilities. 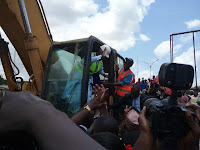 He also  pointed out  that  other roads in Jimeta metropolist  such as Majalisa, Tafida, and Galadima  road will equally received  government attention. The Governor also assured  youths of the state  that his government is  for the masses  and  youths  and reiterated his commitment to provide job opportunities in order to move the state forward.
He however  directed the Executive Chairman of  Yola  North  local government  to use his good office  and ensure that the mountains of  refuse in Jimeta metropolist are  evacuated.

In her remarks the Honourable Commissioner Ministry of Works Barr.Lilian Nabe Kayode explained that the  1.5 kilometer  Atiku Abubakar Road  reconstruction  was awarded to Triacta  construction  company  Nigeria  Limited  at the cost of Five Hundred and  Eighty  Five  Million ( N585,000,000.00 ) Naira  with a  completion period of  Three  Months.

The Commissioner also  urged the people of the state to maintain  the  roads  and drainages  and other  facilities  provided by the  government as their  own  personal properties  and to  desist dumping of refuse and garbage into the drainage system in order to avoid flood  during  raining  season.

Also in his remarks the  Chief of staff government house Alhaji Abdurahman Abba Jimeta  had enumerated some of the laudable achievements of the present administration under Governor Muhammed Umar Jibrilla for the  past one year in office, pointing out that the  present administration have constructed and completed about Seventy Township roads network across the state.