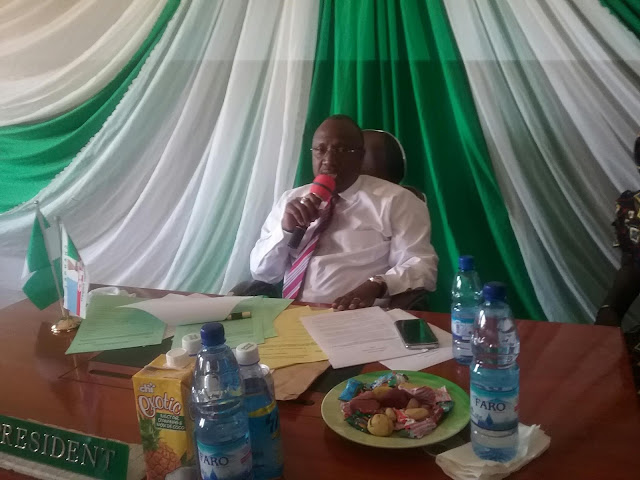 As part of the  commitment of the  present government  on unity and  Transparency, the state  Executive council  (EXCO ) held a meeting  outside the  council chambers of the Government House Yola  the first  of its kind in the history of Governance in Adamawa state .
The 19th EXCO Meeting presided over by Governor Muhammed Umar Jibrilla  which  held at the  prestigious Villanova college  Numan  has deliberated on a number of issues that would be beneficial to the entire people of Adamawa and to move the state forward.
While briefing Journalists at the end of the EXCO Meeting ,the Secretary to the State Government Dr Umar Buba Bindir disclosed that the State  Executive Council discussed on the provision of  the Solar  street  lights  in the areas  particularly affected by insurgency in the state  to improve  openness  and also  to  serve as  security in the  areas. 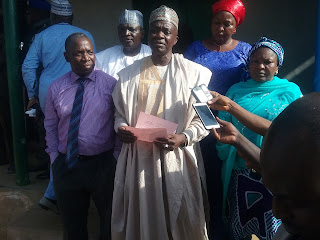 The  Secretary to the State Government  revealed that the EXCO  had also  discussed  on the issue of  procurement  of goods and services  that  requires to move Adamawa state forward. According to the  SSG,  the  council had deliberated on the  issues of  pension emoluments of the retired  civil servants in the state, He however  explained that  a committee  would be set up to  look into the  pension matters  so as  the state  Civil servants  work under a  motivational environment.
More so, he had explained that the EXCO has  discussed on the issue of diversification of the state  economy  particularly  taking the vast advantages of the Solid minerals  across the state. He also said that the  EXCO  deliberated on the  foreign  investment  directly  as Public Private  Partnership in the state  so that  more resources  would  come to engender the efficiency  into Agricultural  sector.
The SSG  further explained that the meeting has demonstrated  to Nigerians  and the rest of the world  that peace have returned to  Adamawa state  and the Governor  would  move to  anywhere in the state.
After the EXCO Meeting  Governor Muhammed Umar Jibrilla  had an interactive session with the Teachers and  staff  of Villanova college  where  he assured  them that government will  settle  all  their arrears owed by the  Teachers very  soon. 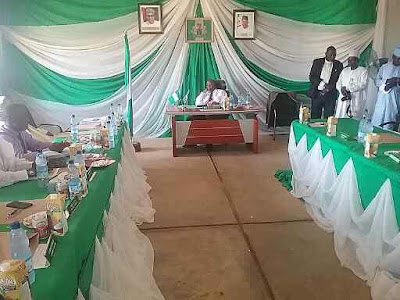 The Governor was later taken  round the college  premises  by the Principal Mr. Linus Fate  where  governor Bindow  expressed  dismay  over the deplorable nature of the classrooms, Hostels and the entire  environment  of the school which he described as  unhabitable  for human being  especially  students, lamenting that  his administration would  not accept it .
The Governor however said that  his government  has declared a state of emergency on Educational  sector for the betterment of the future generations.
13:13
Adamawa Daily Reports
News
Email ThisBlogThis!Share to TwitterShare to Facebook