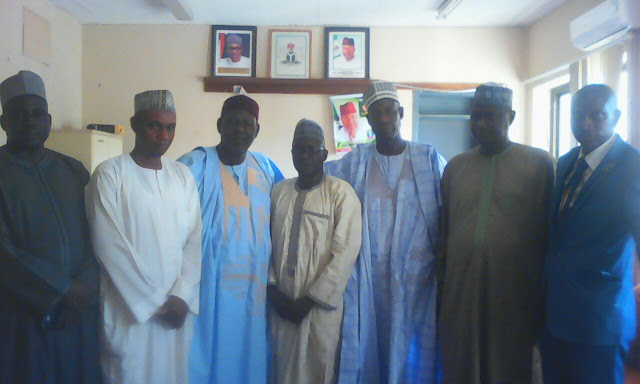 It has been discovered that none among the Internally Displaced Persons (IDPs)at the various camps in Adamawa State is from Yobe state despite the reports by some media houses across the country,that some idps are from Yobe.This was discovered when the High Power committee from Yobe State visited the state as directed by Yobe State Governor Alhaji Ibrahim Gaidam to search for idps who are indigenes of Yobe state.
The committee was led by the Yobe State Commissioner for Information, Homes and Culture Alhaji Aji Yerima Buharawa. The delegation on reaching  Mallkoi and Damare Camps discovered that contrary to the media reports non of the idps in Adamawa state are from Yobe state. He said, the same committees were in Edo State and now here in Adamawa State as directed to check their indigenes, and he said they were satisfied to hear from reliable source that non of their indigenes are in the two camps.
The representative of the Adamawa State Commissioner Ministry of Information, Alhaji Ibrahim Buba who is also the deputy permanent Secretary of the Ministry recieved and led them to the various camps in the state.
While commending the committee, the managers of Damare and Malkoi Camps Abdullahi Yakubu was overwhelmed by the visit which he said insurgency will soon be a thing of the past.
The commmitee was also at the office of the Executive Secretary of Adsema, Alhaji Hamma Furo. He told the delegation how Adamawa State Government has been committed to making life better for idps in the state and  how their children were given  quality education, adding that skills acquisition program was also introduced to empower and support women and children.