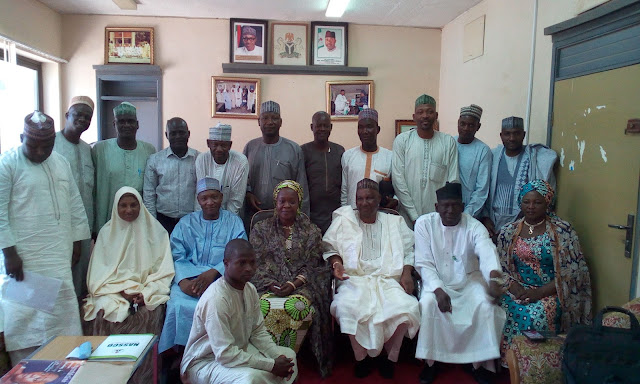 It could be recalled that sometimes in the month of October 2016, a notice was placed all over the State Secretariat Complex requesting civil servant with relevant and expected qualification to  apply for offices and positions in the SOCU/SCTU Projects in the state. However, many have applied but only the qualified ones were selected and screened for the job.
It is therefore in this regards that the Adamawa State Planning Commission has today being the 28th day of November 2016,  hosted the National Coordinator of the National Social Safety Net Programme , Mr. Peter Papka from Abuja Head Quarters. Mr. Peter’s visit is to meet and interact with the selected staff whose CVs has been send to them in Abuja for review. Similarly, he is expected to brief them on how the programme has been designed and how it should be implemented. The National Coordinator was received by the Permanent Secretary Mrs. Justina Patrick at her office. 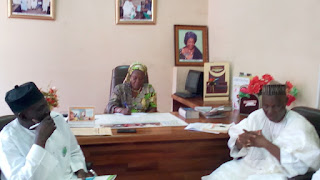 However, in an interview granted by the National Coordinator, he had explained that as one of the Investment Programme of the Federal Government, one of it is the additional cash transfer where the State and the Federal Government have entered into a relationship in order to set up an office here in the state that will facilitate the Implementation of the programme.

He continued that his visit is to assess the selected staff, the facilities on ground in other to speed the commencement of the Programme. According to him, only the poor and vulnerable in the communities will benefit from the condition of N5000 Cash Transfer adding that women are the target.
Mr. Papka has also revealed that Adamawa State is the 5th State that has been assessed and is ready to commence the process. “The staff have been cleared, offices set up. The next level is engagement.” Says Mr. Papka. 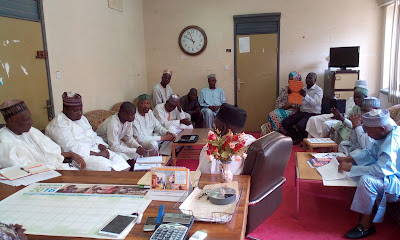 Mr Papka has also told news men that in agreeing with the state, they have selected the 30% poorest Local Government Areas where the intervention will commence because they are strategic about their engagement. “we selected 30% Local Government which number is six (6). And, to ensure that there is some balance created across the different Districts, we are taking 2 LGAs from each Senatorial District”. So, all the State Government need to do is to work out ways on how to identify the poor and the vulnerable in the Local Governments. He continued that the 6 LGAs are their starting point adding that they will enumerate all the poor and the vulnerable households in the communities in the 6 LGAs across the State. “Once we are done with that, we can then scale out through  to take additional 15 LGAs until we conclude the process in the state.

He said that the Federal Government is providing the entitlement of resources that is meant to target these vulnerable and to also pay N5000 to the poor. And, also train and enhance the capacity of all the poor and vulnerable across the state.
“However, that doesn’t produce the fact that the state government need to also provide a complementary support, that is why they have provided the staff and pay salaries of the staff. They’ve also provided offices and in addition, they provided some working tools and relative material” he said.
On the other hand, he called on the State Government to complement the effort of the Federal Government because the Federal Government cannot do it all in terms of enhancing the impact and the benefit of the scheme.
“There are some things that we believe the state government can add value onto particularly if you look at putting out school, health centers, into functionality, is important. Federal government will not do that. It is the responsibility of the State Government. These are level of expectations that we consider as the State and Local Government will provide and, if we are able to have their partnership as synergy established between State, LGAs and Federal, that will enhance the opportunity in turn of accrual as benefit impact to the Scheme particularly on what we are targeting.” He concluded. 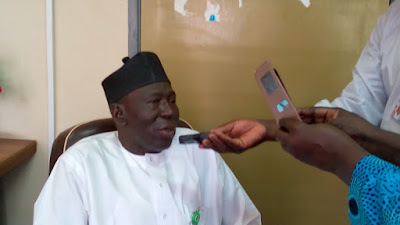 Focal Person Comrade Usman Sali Bodes (Rtd. Commodore) had also assured the general public when he told newsmen that Nigeria is in a period of change and that automatically means that the programme will scale through. “if the previous programme has failed, that does not necessarily means that this one is also going to fail. And, therefore this one has come with the change agenda so for sure is going to be different from the previous ones because the way and manner that was followed in selecting the beneficiaries is quiet different, because I can see it is done scientifically, everything was online” he said.