The FCT Administration will soon commence the process of giving Certificates of Occupancy to individual beneficiaries of houses within Mass Housing Projects in the Federal Capital Territory.

The Minister insisted that landed properties in the Federal Capital Territory must have titled documents to add more value and make them bankable.

Malam Bello stressed that the Certification of landed property in Abuja would fast track development as it would enable investors and real estate financiers get a dependable security for their investments.

According to him, “the Federal Capital Territory, Abuja needs investments and would do everything possible to provide an enabling environment for such investments to strive.”

He, therefore, directed the Abuja Geographic Information System (AGIS) as well as the Department of Land Administration to ensure that all those who have completed processes and paid the necessary fees on their property should have their titles processed and handed over to them in line with approved guidelines.

The Minister reiterated that the FCT Administration would continue to positively interface with real estate financiers to ensure that title documents meet their aspirations because FCT needs genuine investors.

Malam Bello called for closer collaboration between the FCT Administration and Shelter Afrique by always verifying the status of any landed property for the organization before any kind of engagement with developers.

He emphasized that the FCT Administration considers Shelter Afrique as a credible Pan-African organization that can contribute positively to the housing development landscape of the Territory.

Mr. Munane remarked that the organization, which has been doing business in Nigeria for the past three years, is poised to assist the Federal Government in its agenda of delivering affordable housing to Nigerians.

The FCT Permanent Secretary, Dr. Babatope Ajakaiye and other senior officials of the FCT Administration joined the Minister in receiving the delegation. 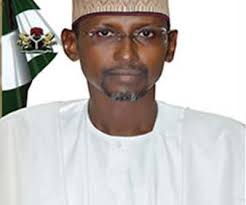