The Honourable Commissioner Ministry of Information and Strategy Comrade Ahmad Ibrahim Sajoh along side  service chiefs  who disclosed this to Journalists at the  end of the Emergency security meeting  presided over by Governor Muhammed Umar Jibrilla held at  the Council Chambers of the Government House Yola .

The Commissioner of Information and Strategy  stated that  immediately after the  Bomb blast , Governor Muhammed Jibrilla  directed  with  immediate effect  for the  deployment of medical  personnel  to Madagali  Local Government Area in order to  support the  victims of the  blast at Michika  and Mubi  General  Hospitals .

According to the Commissioner , Governor Muhammed Umar Jibrilla has  also  directed  for the supply of  relief  materials  to the victims so as to cushion their  suffering. He also said that the members of the State  Security  Council  discussed  on the issue of  wearing  of Hijab  in the security threats  areas  by females  so as to forestall the  future occurance in the  area.

He explained that the  Governor  would  lead a powerful  Government  Delegation  to condoled the people of Madagali and to address them on issues  that had to do with security and  cooperation  as well as  security  trust  among the the people of area , he further explained that the  Governor would  also  visits  Ganye Local Government Area to condoled  Ganye  people  over the death of one of  their  son  who died  as a result of  misunderstanding  between the military and the deceased in the  area .

The Commissioner also explained that the  Governor appreciated the efforts being made by the  Military and  other Security Agencies in Adamawa State for maintaining peace and security .

Comrade Ahmad Ibrahim Sajoh urged the people of the state  to be security conscious by reporting any suspicious person or object to the security agents ,he  however advised  the media to avoid  sensational  reporting of events  which were not  verified . 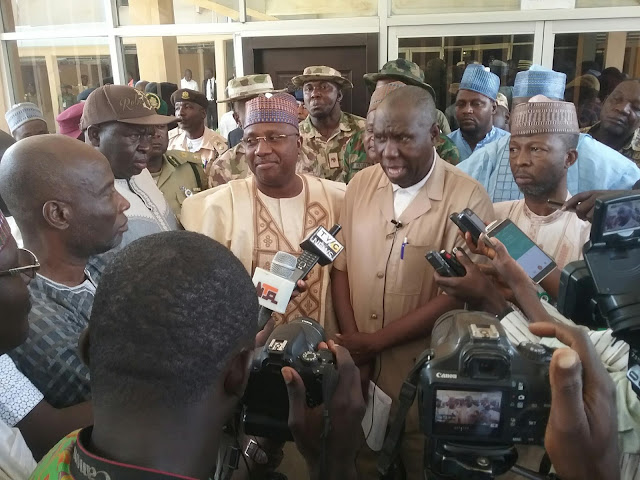