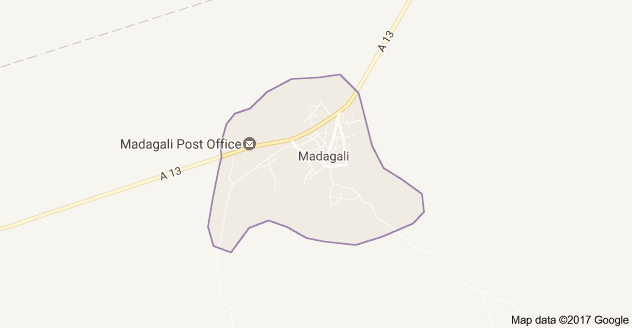 Members of the Hunters/Vigilante have prevented what could have been an ugly incident. They dictated an attempted bomb blast in Gulak Headquarters of Madagali by killin
g three (3) female suicide bombers who attempted to ramp into a sleepy village called Dar to detonate bomb hidden under their dresses.

However, the Commissioner for Agriculture of the State Hon.Waziri Hamman made the disclosure while briefing journalist after State Executive Council Meeting,Wednesday in Yola. According to him, female sucide bombers who came from Bakin Dutse a village near  Gulak were detected and shut dead immediately by members of the vigilante who are on full alert in the area."Two of the victims age between eleven and twelve, while the other an adult woman came from Bakin Dutse village, when the members of the vigilante cited them, they were shut dead while attempting ramp in to Dar market", says Hon. Waziri.

He said there was no casualties recorded, as the timely killing of the suspects prevented them from achieving their target.

Yusuf Mohammed, Chairman Magagali Local Government Area confirmed the incidence saying "today is a Dar Market Day and we strongly suspected that the bombers were on their way to the busy market," He urged the people of Madagali to continue to be security conscious and vigilant to contain such threats in the area.

The Spokesman of  the 28 Task-Force Battalion Mubi, Major Akintoye Badare, said ;“three female suicide bombers were contained at Bakin Dutse. He said the incident is coming just a day after the army repelled insurgents attack on Dar village of the area of the same Local Government.