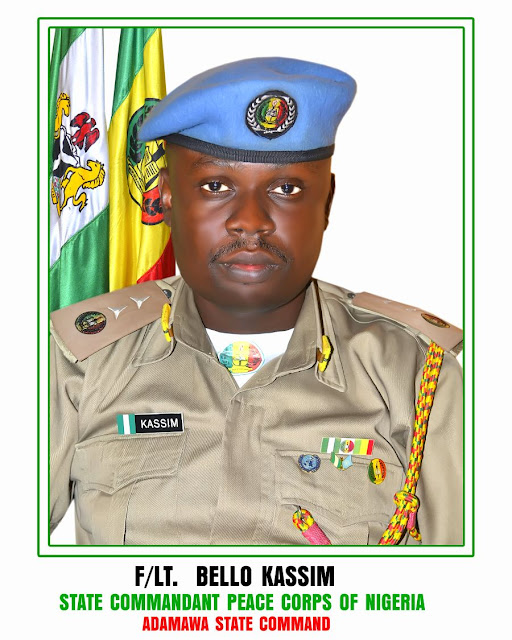 The Adamawa State Peace Corps Commandant F/Lt. Kassim Bello has drawn the attention of the general public to disregard any selling of Peace Corps forms,  he said that the forms are not from their office. However,  obtaining the right form is done only in the State's main office which is located in no :4 gashaka street old GRA Jimeta Yola.

He emphasized that who so ever  is found parading his or her self as a Peace Corps Member selling forms to people, legal actions will be taken against him or her.

Bello disclosed this to Press Menat his office here In Yola on Monday says Nigerian Peace Corp has confidence to delivery it's mandate of mobilizing youths especially so as to engage them in meaningful ventures that will spare them of social viceses.

He said the Corps will concentrate on how to promote peaceful coexistence among the
diverse people of Nigeria.

Kassim therefore, called on the unemployed youths to join the Nigerian Peace Corps because it will make them responsible in the society adding that their office door is open for more information and clarifications.

While commending the National Assembly for passing the Bill for the establishment of the Nigerian Peace Corps,  he had also used the opportunity to commend the tremendous efforts of the National Peace Corps Commandant Dr Dickson Akoh that led to the  positive results for Nigerian youth and the Corps.

Finally, he called on the members of the Corps in Adamawa State to always remain focus and to face their duties professionally.